Home Knowledge Bank Techno Trends How holograms will let doctors see 3-D views of our insides in...
Facebook
Twitter
Pinterest
WhatsApp
The world of biomedical imaging is flat. And it needs to catch up with the 21st century and start seeing the world as a round, three-dimensional place. The answer? Give it the ol’ “ Tupac at Coachella 2012” treatment and make holograms, of course!
Doctors can grasp the interior workings of yeast cells in 3D Cell Explorer. NanoLive
At least that’s the idea behind a crop of new biomedical imaging projects. California-based startup EchoPixel is the latest company to jump into the fray, with its new True3D Viewer. The FDA recently approved the software platform for use in diagnostics and surgical planning.
Most biomedical imaging techniques require doctors to create 3-D visualizations out of a dataset of 2-D images gathered by a CT scanner, MRI, ultrasound, or other devices. It can be a tedious and time-consuming process. But more importantly, this imperfect system can’t always represent patient tissue and organs with enough accuracy or precision, creating holes in the pictures—more literal than figurative—that make it difficult for doctors to decide how to best diagnose and treat patients.
Holography tries to fix those problems by providing doctors with a full, 3-D image of a body part or organ that they can move around, zoom in on, and manipulate. Current systems like GE’s Vivid E9 with XDclear already take datasets from CT and MRI scans and turn them into 3-D visualizations, but they’re still relegated to flat, 2-D screens. Holography goes a step further and creates a virtual object in actual 3-D space.
It’s important to clarify that many of these new technologies aren’t real holograms, which perfectly recreate the patterns of light that reflect off an object in real life. What EchoPixel (which prefers to call their technology 3-D imaging) and others are doing is closer to stereoscopic vision, like what you see in 3-D movies or gadgets like the Nintendo 3DS. Other companies, like Zebra Imaging and RealView Imaging, create true holograms. No matter the term, though, the goal remains the same: to give doctors and patients alike a much clearer sense of the physical size and shape of the human anatomy.
This might not necessarily lead to vastly improved insights in diagnosing and treating patients, but there are some areas with potential. Holograms could allow doctors to conduct more detailed colonoscopies in virtual space, supplanting the uncomfortable physical procedure. Medical holograms could also be a great asset for identifying problems with very complex organs, like the heart or brain, where abnormalities might be subtle.
Here are four companies developing holographic technologies for biomedical imaging.
True 3D Viewer (t3D) from, from EchoPixel
The t3D software system converts 2D images into a stereoscopic 3-D image. Surgeons and radiologists can cut the virtual structure at any angle across the body, creating an infinite number of cross sections,
and rotate the image so it’s positioned exactly as it will be during surgery. The t3D has only been used so far in preliminary studies at UCSF, Stanford, and Cleveland Clinic, but the company hopes to expand fast now that the device has FDA approval.
ZScape Holographic Motion Display, from Zebra Imaging
The ZScape—capable of producing true holograms—is an excellent example of how holography can make up for the dearth of cadavers for med school students to dissect. With a table-top design, students can walk around a whole body to view it from every angle, shifting through layers of skin, muscular system, cardiovascular system, and the skeletal system. Zebra Imaging finalized a partnership last November with Zygote Media Group—owner of one of the world’s largest collections of 3-D anatomy and medical models—with the goal of getting their technology installed in medical schools across the country.
A true hologram of the human body shows increasingly detailed layers of information. Zebra Imaging
RealView Imaging
The Israeli company RealView Imaging creates true holograms at a smaller, more portable scale than ZScape. RealView’s real-time, digitally-updated holograms are targeted almost exclusively at doctors—imagine a surgeon pulling up a hologram of a patient’s organs during open-heart surgery, spinning it around and manipulating it with a simple stylus to get a better sense of how to navigate fragile tissues and vessels. The company just raised $10 million in a round of funding led by Chinese investors, though the device is still in a phase of preliminary testing as it awaits FDA approval.
3D Cell Explorer from NanoLive
Other companies are focusing on creating floating virtual prints of organs and body parts. Not NanoLive—their 3D Cell Explorer is a superpowered laboratory microscope that uses holographic algorithms to create detailed stereoscopic visualizations of microbial and cellular life. You can pull up the images on a tablet or other touchscreen and play around with them as you see fit. The 3D Cell Explorer hasn’t made its way into many medical settings, but the NanoLive hopes its device can help researchers, doctors, and patients alike get a better grasp of how diseases and disorders at the microscopic level manifest and operate. 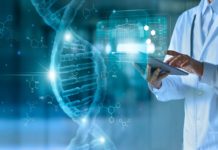 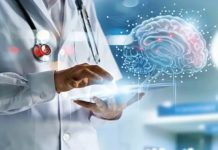 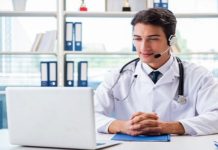