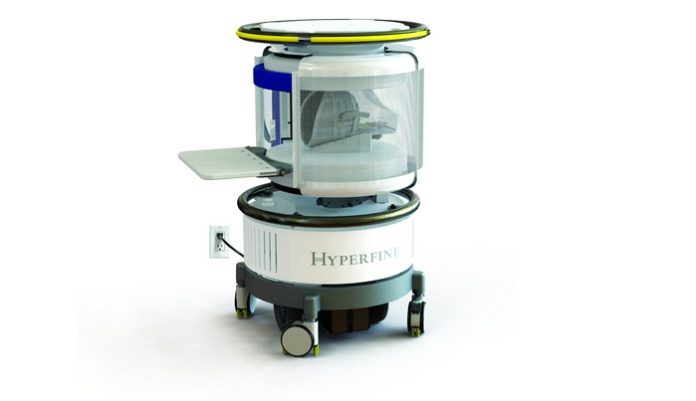 Inpatients around the United States could soon experience the convenience of having an MRI scan without leaving their hospital rooms. The U.S. Food & Drug Administration announced it has approved 510(k) clearance for Hyperfine Research, Inc.’s first-in-industry bedside MRI system.

This system is designed to improve MRI accessibility, bringing the technology to patients at almost any time in any environment. According to company data, the Hyperfine system costs 20-times less and weighs 10-times less than current conventional MRI machines. This portable system also consumes 35-times less power.

“More than 40 years after its first use, MRI remains a marvel. Unfortunately, it also remains inaccessible. It’s time that MRI made the jump to point-of-need just like X-ray and ultrasound have before it,” said Khan Siddiqui, M.D., Hyperfine’s chief medical officer, in a press statement. “Going beyond that, nearly 90 percent of the world has no access to MRI at all. With FDA’s decision, we are now ready to rewrite the rules of MRI accessibility.”

The 510(k) clearance approves usage for head imaging in patients ages 2 and over.

The system, which stands roughly 5-feet-tall with a 30-centimeter bore, can be wheeled throughout the hospital and directly into patient rooms. It plugs into a standard electrical wall outlet and is controlled with a wireless tablet.