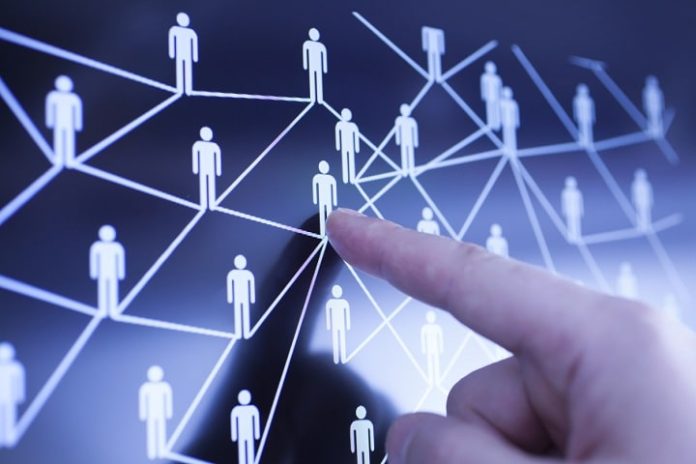 In the last decade, there has been so much buzz around indoor location services, yet they remain scarce and expensive.  GPS may have solved the problem outdoors, yet indoors, the landscape is fragmented and unreliable – densely walked but mostly unchartered. But now, new developments in AI and mobile apps mean that we are on the cusp of turning a luxury into a true commodity.

Knowing is half the battle

Humans spend most of their time indoors (even aside from Covid-19 enforced lockdowns). Not just at home, but also, and more importantly, in their places of work. Yet teams often lack even basic awareness of their physical surroundings at work, and this has serious ramifications in terms of team safety, efficiency and overall welfare.

Why do teams need to know where their members are in the first place? The reasons are numerous. In a hospital, for example, healthcare professionals require the support from portering, cleaning, infection control, catering, and security teams. These diverse teams are spread over several buildings at any one time. Being able to get to the closest available person who can help can be life critical, particularly in periods when the health system is overloaded.

Packing, hospitality, facilities management, and even safety drills and emergency services are all other areas where knowledge of the location of team members is vital. When having an accurate picture of your working environment has become business-critical, it’s no surprise that the capabilities of indoor location technology are starting to be explored in greater depth.

What are the current barriers to success?

There are three key reasons why indoor location technology has struggled to take off. I want to take a brief look at each and identify some solutions. They are hardware, surveys, and missing or ‘noisy’ maps.

Why not hardware?
One of the most common methods of creating a location-enabled map, for example, is installing beacons around your place of work which trigger when someone passes one of them. This helps build an idea of footfall, and which places people tend to visit most frequently. Unfortunately, when installing beacons around a large building (such as a hospital), you’ll need hundreds, if not thousands, to create an accurate map. At that point, the logistical issue of connecting a thousand units to the mains kicks in. Then, when you decide to be smart and go with battery-powered beacons, you face a daily challenge on monitoring which ones need their batteries changing, not to mention any that have been damaged or are experiencing other issues. On top of all this, the level of data isn’t deep enough to draw actionable insight from; you know where people have been, but not necessarily where they are right now. Other types of infrastructure (e.g. UWB or acoustic)also incur considerable deployment and maintenance effort and are non-trivial to scale.

Why are surveys undesirable?
Another method, Wi-Fi-based location monitoring, doesn’t have the problems of clunky infrastructure, but it does rely labor-intensive venue surveys to build and maintain up-to-date Wi-Fi maps. You’re prone to changes of the building’s Wi-Fi infrastructure that will immediately degrade location accuracy.The magnetic field of the earth has characteristic distortions indoors, which can be used effectively in some places, such as narrow corridors. However, these magnetic signatures are tedious to collect and maintain, and their detection is unreliable in open spaces, or when the users change their way of carrying their phone as they move. Clearly, we need something more robust that does not require an army of people to maintain.

What is wrong with current maps?
Most location services today require reliable and up-to-date physical maps (floorplans) of the area your team is working in. Unfortunately, traditional maps and floorplans of buildings are difficult to collect and curate. In large venues, they rarely come in one piece. They can quickly become redundant in the face of renovations or new developments; and that’s presuming they were correct in the first place. Quite often a project which requires a map of the building will struggle because certain rooms, corridors, doors, and floor changing structures aren’t recorded on the existing copy.

Thankfully, we’re now learning more about how to cut through many of these issues and create value-adding live maps in short time frames. 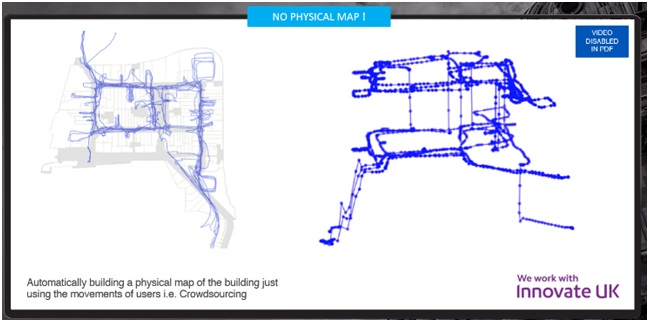 Going the distance with AI

Everyone who uses a building follows routes, whether consciously or subconsciously. Janitors have their cleaning routes; porters move things from point A to point B down agreed paths. People go from their desk to the bathroom and back, or to the canteen, or outside to the smoking area. If you could map out one person’s routes over a long enough period of time, you’d get a pretty good idea of some paths in the building. A dozen people, and you’d start to see the wider picture of common routes in the building. And if you get the majority of your workforce tracking where they go day to day, you’ll see an accurate map generated within a very short space of time.

Truly scalable tech embraces the messiness of the real world, but is not hampered by it. AI-powered location tech removes the need for infrastructure, and crowdsourced signal mapping – using team members moving about to collect data – means manual efforts like surveying colleagues to create maps becomes redundant. The ‘messy’ data that is generated by users is turned into a picture of their full trajectory. Taking another bold step forward, crowdsourced maps can completely remove the need for physical maps (floorplans) and open up opportunities for developing a new generation of map-less location services.

Taking away the real-world complexity of mapping requires investment in modeling and optimization, but the benefits are significant. Crowdsourced maps can accelerate the whole process and put teams in a unique position to transform their operational practices and create benefits for their members.

People who need to use a location-based service are now in a position to build it themselves. Teams can generate working, reliable, live maps of vital locations such as hospitals with no physical presence of expert surveyors, and without becoming surveyors themselves and being asked to mark locations. They can simply walk and a few hours later they can turn the location service on, in the same way that they can turn on the lights in the building. And the longer people use the location service the more accurate and reliable it will become.

Can location tech become a realistic commodity after all? By forging it to be truly user-driven, we are only a few steps away from turning the vision of effortless indoor positioning into reality. 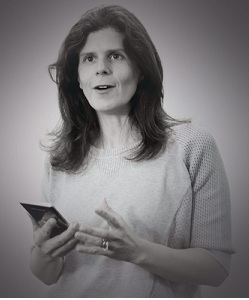 
Niki is a Professor of Computer Science at the University of Oxford where she leads the Sensor Networks Group.