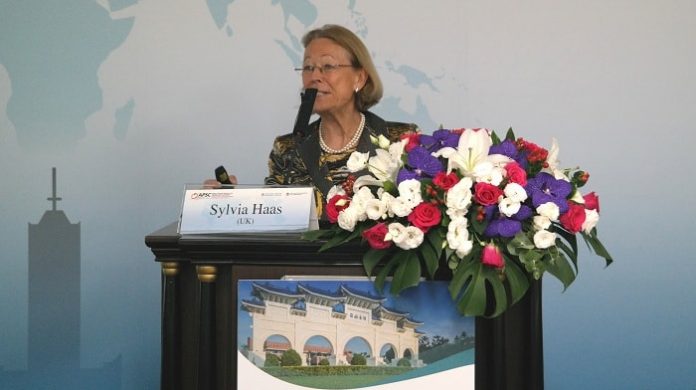 We caught up with Professor Sylvia Haas,the grand doyenne of NOACsat the Asian Pacific Society of Cardiology (APSC) 2018 Congress in Taipei. Prof Haas is Emeritus Professor of Medicine and Former Director of the Haemostasis and Thrombosis Research Group at the Institute for Experimental Oncology and Therapy Research, Technical University of Munich. She has been involved in the research and development of direct Factor Xa inhibitor NOACs for more than 25 years.

During her presentation, Prof Haas pointed out that although the use of NOACs for stroke prevention has increased in Asia, it still lags behind that of Europe and the United States, potentially putting millions of patients at greater risk of stroke than they need be. Like in any anticoagulant medications, major bleeding is a consideration of doctors when prescribing NOACs for AF patients. Prof Haas discussed how patient characteristics drive bleeding risk and what doctors should consider when assessing a NOAC’s evidence and experience in patients with varying risk profiles.

Q: What are the key things to consider when choosing a NOAC for AF patients in stroke prevention?
Prof Haas:I would look at the pivotal Phase III trials of the NOAC and then compare its design and findings with that of its Phase IV studies, which provide data in real-world clinical practice. In this regard, I would give more weight to real-world prospective studies. Of course,whilst retrospective data analysis can inform our decision-making, my main concern with these studies is that we often do not have all the relevant information. For instance, we know what dose was prescribed but we don’t know how the medication was taken.Was it a once daily or twice daily dosage, and what were the compliance rates? This type of information,which could affect the accuracy of the study results, is usually missing. That’s why I prefer to base my decisions on prospective real-world data.

Next, we must consider the individual patient’s characteristics. Does the patient have comorbidities (like uncontrolled hypertension or heart failure) which affect the risks for stroke and bleeding? Another important factor to consider is the patient’s kidney function. If kidney function is impaired, we can make a clear decision to not use a NOAC mainly excreted via the kidneys and select a NOAC which is more suitable.

Q: For high-risk AF patients with impaired kidney function, what are your challenges in prescribing NOACs to prevent stroke in these patients?
Prof Haas: My view is that kidney impairment is not a challenge for a NOAC, it is an opportunity.When compared to the traditional Warfarin therapy which is not suitable for these patients, the Factor Xa inhibitor NOACs are much better options for these patients. In this regard, we should distinguish between the NOACs available so far. The Factor Xa inhibitor NOACs, which act directly upon Factor X in the coagulation cascade are much less excreted via the kidneys than another NOAC directly inhibiting thrombin. This direct thrombin inhibitor is mainly excreted via the kidneys unchanged. Therefore, any reduction in kidney function can affect the plasma concentration of the medicine and its action.

This naturally narrows our choice amongst the available Factor Xa inhibitor NOACs for patients with kidney impairment. Within this class, rivaroxaban 15mg once daily is a clear recommendation for these patients. I am convinced about its evidence-based safety and effectiveness addressed in the Phase III ROCKET AF study, where patients with impaired kidney function with measured creatinine clearance rate of below 50 (CrCl15–49 mL/minute) were treated with a lower 15mg dose and showed good responses in terms of safety and efficacy. This was again reaffirmed by the J-ROCKET AF study.Cumulatively, these studies give physicians the confidence to use rivaroxaban in patients with renal impairment.

Q: Would body weight, age, and frailty be also reasons to consider a lower dosage of NOAC for AF stroke prevention?
Prof Haas: This is something that is intuitively done by many doctors. But I would again refer to the Phase III ROCKET AF study, which included elderly patients with higher risk of both stroke and bleeding. In this group, the standard 20mg dose of rivaroxaban performed very well. Hence, age would not be a major factor in my choice of dosing.

As for body weight, whilst we don’t have a specific subgroup analysis, low body weight is often associated with reduced kidney function. In particular, some doctors intuitively prescribe lower doses of NOACs for smaller-sized ladies.However, I would always recommend testing the patient’s renal function first before deciding on a dose reduction. We have clear guidance that impaired kidney function should be the key consideration for a lower dose of a NOAC. Specifically for rivaroxaban, its dosing guidelines recommend a reduced dose of 15 mg for patients impaired kidney function regardless of other patient risk factors.

Q: Is there any evidence that higher doses of NOACs significantly increase the risk of bleeding?
Prof Haas:The bleeding risk of an AF patient is not exclusively correlated with the dose of the anticoagulant used by the patient. In fact, it is the patient’s characteristics which drive the bleeding risk. CHADS2 or CHADS2VaSCscores determine the stroke risk of an AF patient, and these scores largely correlate with the bleeding risk of the patient when taking a NOAC. Patients with higher CHADS2 or CHADS2VaSCscores tend to also have higher rates of bleeding. One should also consider other factors which could increase a patient’s bleeding risk, such as concomitant medications, and alcohol consumption.

Q: What are your experiences with rivaroxaban in terms of its safety and efficacy in patients?
Prof Haas: We have so much real-world information supporting the safety and efficacy of rivaroxaban in patients. What we have seen in the studies is that it is the patient characteristics which are the decisive factors in the risks for stroke and for bleeding.In the Phase III ROCKET AF study which involved a high-risk patient population with a meanCHADS2score of 3.5, patients on rivaroxaban showed a major bleeding rate of 3.6% per year, fairly consistent with warfarin. In the global XANTUS real-world study programme which included patients with a mean CHADS2 score of 2,the major bleeding rate was 1.7% per year in patients treated with rivaroxaban. Notably, more than 96% of patients did not suffer any of the following side-effects: treatment-emergent, independently adjudicated major bleeding; stroke; non-central nervous system systemic embolism, or all-cause death.

These results show that, while overall the major bleeding rates were low in both studies, the bleeding outcomes correlate with the CHADS2 score. This tells us that it is the patient characteristics which determine the risk, and not the NOAC. The overall low bleeding and low stroke rates in both studies also demonstrate the excellent safety evidence of rivaroxaban in patients across varying risk profiles. 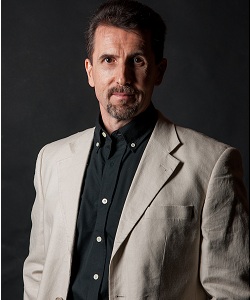 John has twenty years’ experience as a science and technical writer. Focused on medical and healthcare issues for the past decade he has written on many topics including dentistry, cardiology, immunology and pharmaceuticals. He has lived in Singapore and South East Asia for twenty years working as a freelance journalist and media adviser to the pharmaceutical industry.