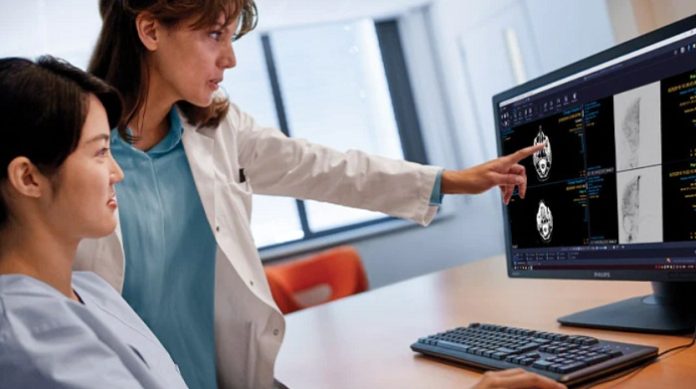 Proper and quick diagnosis is the need of the hour is such an understatement these days. At a time when the pandemic has crippled the world, a quick resurrection through apt medication is implied. Technology in healthcare has a lot to do with how effective things are turning out to be. Radiology is no different where impactful advances have been made to unearth some of the most interesting and important diagnoses that have gone on to help doctors and patients alike.

CIO’s Not Letting The Guard Down

Amidst the unprecedented changes that are taking place in the radiology spectrum and the subsequent theories that are cropping up, it is important that the chief information officers in any healthcare setup ought to understand how Radiology is making inroads in a more detailed way after the wrath the pandemic has caused. Traditional technology is no longer the basis of finding out the reason/s for optimum levels of treatment, more so when we talk of Radiology as a tool for diagnosis. Besides the fact that radiologists and healthcare workers have been doing exceptional work when it comes to calling the shots in case of a right step towards a cure, it is important that the CIO’s deploy the right technology at the right time and place by not only providing a proper medical infrastructure that concerns the software and computers but make sure that their business acumen provides enough support to gather data, maintain it and ensure the privacy of the highest standards. Brick and mortar isn’t an option anymore as we are still apprehensive about the pandemic and how it is going to affect the foreseeable future. While the numbers have decreased dramatically, yet the radiology departments have a lot to look into as far as IT and its support is concerned. For CIO’s, it is high time they develop versatile networks that not only look into interoperability but also adapt to the global environment so the radiologists work with utmost precision wherever they are.

COVID-19 has provided a reason to imply that the IT departments are no longer the behind-the-scenes response resources but are the face of the organization right from the word go. The pandemic has ensured that clinicians and patients are well versed with what is taking place in technology and how it is going to benefit them. It has to be a mutual understanding of how technology works and not just a CIO’s initiative.

One of the most critical challenges that radiologists face in whichever part they are in is the increased patient volume. A lot of the handling however also depends on the expertise of the staff which accounts as the second most important concern. The third issue in the ranks that everyone faces in the radiology gamut is the staff stress due to an increased workload which has been consistently witnessed during the pandemic.

Although digitization continues to rise in the healthcare industry, there are still certain gaps that need to be addressed. The major roadblock which is quite apparent is a well-organized and reliable IT infrastructure followed by the cost which is involved in the digital transformation.

Adoption of Teleradiology – Is it the way forward?

The pandemic has compelled us to try out newer avenues. Teleradiology is one of them. In countries such as Singapore, Australia, and South Korea, Artificial Intelligence (AI) is considered a force when it comes to the change in the radiology game. AI is slowly but steadily ensuring that it will give a proactive base in diagnosing patients due to its systematic approach. Undoubtedly it will help track down severe cases and provide critical care in no time.

Read more in this study: “Precision Diagnosis: Radiology’s Evolution Towards a Digital Healthcare Future”, which surveyed over 100 radiologists in Singapore, Australia and South Korea about their views and challenges in adopting greater digitization.

According to the survey conducted by Dynata on behalf of Philips across Singapore, South Korea, and Australia, there are a multitude of challenges that Radiologists are prone to at the workplace. Of the many concerns that they go through, high patient volumes, as well as high demands and variability in the staff expertise, stand at 33% and 15%, respectively. Challenges such as staff workload account for 14%, and lack of artificial intelligence (AI) in workplaces standing at 11% results in blockages. Another interesting facet of the challenge is the lack of first-time-right imaging diagnosis, which goes on to inflate the turnaround time.

The survey also puts light on several factors that are hindering technology adoption within the radiology gamut. One of the major roadblocks that concern this scenario is a reliable and well-organized IT environment which as per the survey is pegged at 56%. Besides, the cost of data integration at 47% and staff training and knowledge accounting for 34% are some of the major gaps which need to be addressed. One of the interesting inferences which came out of the survey was that 60% of the radiologists are of an opinion that their setups have turned into teleradiology due to the pandemic and that’s a whopping number considering that other reasons which are plenty, account for the rest 40%.

The survey further adds that Radiologists still face barriers to streaming workflows. One of the major reasons is lack of interoperability which accounts for 61%, followed by a close second in the form of lack of clinical and imaging expertise and inefficient setup workflows standing at 57% and 55%, respectively. What’s well noted is that the majority of the radiologist surveyed were of an opinion that Artificial Intelligence (AI) must be a part of their routine as it will help in transforming workflows. Having said that, the survey also suggests that AI continues to be hindered due to lack of integration in the clinical workflow suggested by 24% and around 22% feel that there is still a lack of expertise in this spectrum.

The survey opines that as the health care infrastructure continues to grow at a brisk pace, it is important that radiology continues to play a crucial role in its transformation. Healthcare leaders, without a shred of doubt, must ensure to engage as much as they can with radiologists to get a grasp of what they are missing.

Healthcare informatics – Illuminate a new path through the care continuum

Learn how Philips helps healthcare IT leaders bring to life their vision of precision care.
For more information, Click Here

Royal Philips is a leading health technology company focused on improving people's health and well-being, and enabling better outcomes across the health continuum – from healthy living and prevention, to diagnosis, treatment and home care. Philips leverages advanced technology and deep clinical and consumer insights to deliver integrated solutions. Headquartered in the Netherlands, the company is a leader in diagnostic imaging, image-guided therapy, patient monitoring and health informatics, as well as in consumer health and home care. Philips generated 2020 sales of EUR 17.3 billion and employs approximately 77,000 employees with sales and services in more than 100 countries. News about Philips can be found at www.philips.com/newscenter.