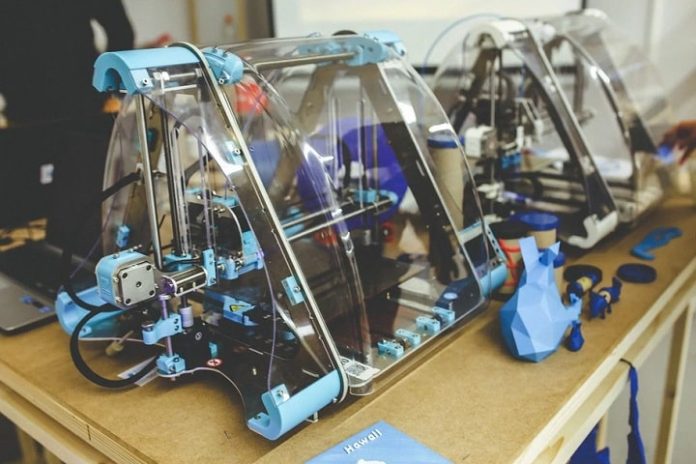 While 3D-printed objects have been around for decades, recent developments show that they are set to become even more advanced. Additive manufacturing is the traditional 3D printing process by which layers are stacked upon one another to create the object, but the EPFL Laboratory of Applied Photonics Devices (LAPD) in Switzerland has shown that this tedious method may actually become obsolete. Researchers at the LAPD experimented with vats of clear liquid that are inserted into the 3D printer in which the desired object starts to emerge after spinning for roughly thirty seconds. While it almost seems impossible – even magical – this development can be understood by the principles of tomography.

Tomography is the same technology used by doctors in CT and CAT scans through x-rays and computers that generate sectional images of organs, tissues, and bones. The result of using tomography in 3D printing is more high-resolution objects which cannot be achieved through the traditional additive manufacturing means. A laser hardens the liquid through polymerisation, and additional algorithms are able to calculate the projection of light at certain angles and doses for the desired product. While this currently results in objects of 2 centimetres or 0.79 inches, this figure is expected to grow significantly in the coming years. This is great news for the fields of science and medicine, where AI and analytics are already growing in prominence among healthcare leaders globally.

Head of the LAPD Christophe Moser says that this method is set to become scalable for mass fabrication. Moreover, they will be able to produce cellular tissue models, medical devices, and even personalised implants. Bioprinting has already been introduced to medical facilities, with the printing of less-complex parts like the ears or tracheas.

However, simply having the technology doesn’t mean everything will come easy – and it certainly doesn’t mean that healthcare professionals will be replaced, as they will still be needed for the design process. For example, most professionals assume that 3D printing will lead to the creation of printed human organs. And the technology is not far off as it can already design intricate projects like making a PCB with a 3D printer. In fact, 3D printing company Nano Dimension CEO Amit Dror compared the similarities between the two design processes, as both are made through combining different components. To design any such intricate project still requires design expertise, and despite 3D printing reducing costs, turnaround times, and helping to create standardised designs, it requires the same human knowledge of whatever you’re trying to print. Physicians, doctors, and surgeons will still be required to design the custom organs and tools that 3D printing could be used to make.

Regulations still complicate the matter, with governing bodies unsure of how to approach the field. Human heart valves, for instance, are frequently printed but have not been transplanted successfully. Bournemouth University and Saint Louis University have collaborated on work with 3D printing in healthcare, with the ultimate goal being the replication of functional tissue and material to actually be translated successfully into patients. They are also still working on how to connect the printed structures to vascular systems which will be responsible for carrying blood throughout the body. However, animal studies on blood vessels, skin, and cardiac tissue show signs of promise – which is a monumental step towards creating transplantable organs for humans. Tel Aviv University has likewise already created the first 3D printed heart containing cells, blood vessels, chambers, and ventricles from human matter.

Because of the shortage of donors for organ transplants, patients are left to take suppressants and drugs which could work against them in the long run. These compromise their immune systems and prevent them from successfully accepting transplanted organs, should these become available. Professor David Hay, who is heading a team of researchers at the Centre for Regenerative Medicine at the University of Edinburgh foresees that 3D printing an actual organ with tissue function that can be transplanted into a human body may take another 15 to 20 years. In the meantime, doctors and health professionals can continue to use the technology in the ways that they have already done so successfully. Dealing with something as delicate as the human body will take time, but with the steady developments we’ve already seen, it’s well worth waiting for.