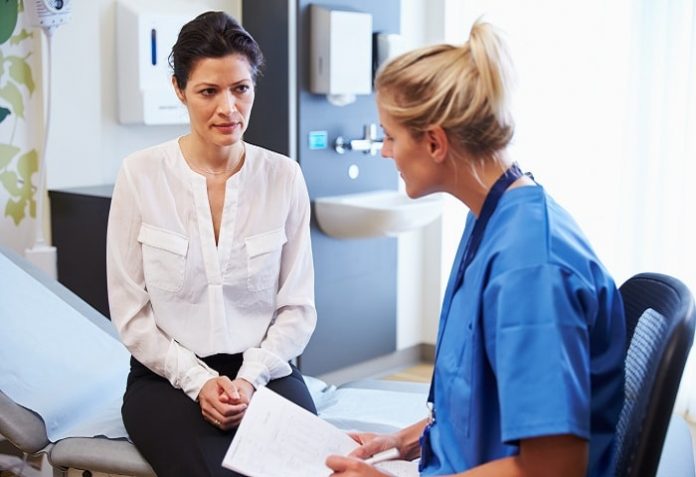 In the 10 years I’ve been practicing hospital medicine, the patients who stay the most present in my mind are the ones who never left the hospital. I once had a patient, Charles*, a 72-year-old with severe emphysema. Despite our best efforts, his lungs were so frail that we weren’t able to wean him off ventilator support.

Right from the beginning, Charles’ wife, Patricia*, was very involved in his care. When it came time for her to make the tough decision of switching from aggressive treatment to only providing comfort measures, we stepped into the hall.

Beneath the lights of the harsh overhead, Patricia said, “I completely understand intellectually,” and here she raised one finger of her shaking hand to tap lightly against her temple, “that he’s dying, and I don’t see any options but to keep him comfortable. But emotionally”—now she pointed to her heart—“I just can’t convince myself to do it.”

Intellectual understanding of an illness and our emotional reaction to it can be two parallel tracts that are impossible to converge. Doctors have a responsibility to help patients and their families bridge this difficult divide.

For doctors, caring and comforting the dying is, at best, a negligible part of our training, because the principal goal of medicine is to cure. Dying is a messy business. When training modules on death and dying are covered in med school, this information predominantly comes by way of lecture, with student education usually restricted to classrooms.

The possibility of a cure is what fuels the collective consciousness of the medical community, and this thinking became emblematic of the modern physician. The direct consequence of such an approach is that doctors tend to resign at the juncture of terminal illness in a patient, concluding that their role as a healer ends the moment there is no longer prospect for a cure.

Patients with incurable illnesses deserve to have their physical, emotional, and existential needs better met, yet preparation for this level of service is largely left out of doctors’ training in most medical schools. 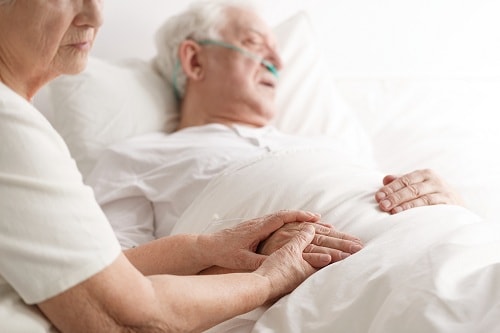 Since the introduction of hospice in the United States in the 1970s, millions of patients have been assisted. An estimated 1.6 million individuals received hospice care in 2014 alone, and millions more around the world are currently in need of such care. However, with healthcare reforms that insist on cost cutting, many fear cuts to Medicare and Medicaid will deeply affect palliative and hospice care.

According to VITAS Healthcare, over 90% of hospice patients were Medicare beneficiaries in 2016, meaning any significant cuts to the program would affect millions of Americans. Additionally, if Medicaid eligibility requirements become more restrictive, low-income patients could be left without the medical and emotional support hospices offer—robbed of the final grace of a more compassionate death.

The concept of hospice—a means for offering more inclusive treatment for terminally ill patients—came from Cicely Saunders. After working for a few years as a nurse and then as a social worker, Saunders grew increasingly distressed by how inadequately the total needs of dying patients were being addressed. At age 33, Saunders enrolled in medical school, which she saw as a direct path toward easing the suffering of patients.

It appears that many patients feel deserted by their doctors at the end. Ideally the doctor should remain the center of a team who work together to relieve where they cannot heal, to keep the patient’s own struggle within his compass, and to bring hope and consolation to the end.

With the emotional needs of her patients and their families at the forefront of her work, Saunders founded the hospice movement in 1967. She sought to address “total pain”—the physical, emotional, social, and spiritual distress of terminally ill patients—and thus alleviate what she rightly viewed as “pointless suffering.” In 2005, Sanders died of cancer at the age of 87 at the very hospice she first founded.

But in the decades since Saunders’ first hospice, have doctors been inspired to make room for death as part of our healing practice? It’s easy to view death as a failure, to use it as a means for justifying our disconnection. What if instead we saw approaching death as an opportunity to provide a more complete form of healing, a type of “total care” as counter to the “total pain” Saunders hoped to minimize.

In the hallway of the hospital, I spoke gently to Patricia. “I can’t cure your husband’s illness,” I told her, “but I can ensure that I he’s comfortable at all times, no matter what you decide.”

As a physician, I sometimes enter the lives of patients and their family members at a time when life is departing. This is a difficult, vulnerable experience, both for those who are ill and the loved ones who are grieving an impending loss. I don’t always have a cure, but what I can do is use my presence to facilitate a peaceful and comfortable closure. Discussing death and the futility of aggressive therapies in a candid, straightforward manner can often offer an antidote to the hopelessness and powerlessness that accompanies end-of-life care. In their final days, patients and their families deserve dignity and truth, allowing them to face what’s coming head on, in whatever way they choose.

This essay is an excerpt from Physician: How Science Transformed the Art of Medicine, published by Greenleaf Press in 2018. 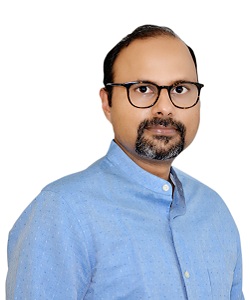 Dr. Rajeev Kurapati is the author of Unbound Intelligence and Physician: How Science Transformed the Art of Medicine