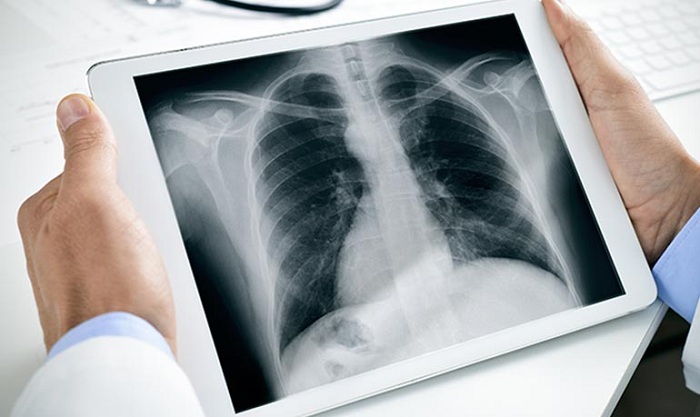 Latent TB in healthcare workers is a major threat to patients. Traditional  tests have too often been  unable to detect the condition reliably. A new  blood test looks set to change this, which is good news for patients – and  healthcare workers.

Latent TB in healthcare workers is a major threat to patients. Traditional  tests have too often been  unable to detect the condition reliably. A new  blood test looks set to change this, which is good news for patients – and  healthcare workers.

In December 2005 the New York Times reported that a nurse with active TB from a New York City hospital  had exposed 1,500 patients and infected four infants, after 11 years of latency. As this case shows, the successful detection, monitoring and treatment of Latent Tuberculosis Infection (LTBI) after  risk- assessment are crucial to reducing the number of active cases in patient healthcare settings.

The detection of latently infected persons has been the objective of healthcare workers in patient-care  settings in hospitals for decades, but has often yielded unsatisfactory results. The blame for this has  been placed largely on the lack of a truly effective test for LTBI.

The Tuberculin Skin Test (TST), developed more than 100 years ago, has been the only tool available for detecting LTBI, and the limitations of that procedure are well documented. Although the TST may be a useful epidemiological tool, its poor specificity, vulnerability to false positives and subjective interpretation mean that it does not meet the standards required for today’s medical decisions.

As a consequence of this poor medical return, programmes to detect LTBI, which could include prophylactic treatment of the infection, have often been poorly established, and control programmes  themselves neglected.

In May 2005 the US Food and Drug Administration (FDA) approved the use of a whole blood test to aid the diagnosis of LTBI. The new test, QuantiFERON(r)-TB Gold (QFT-G), also eliminates the logistical challenges of skin testing: a simple venipuncture procedure followed by a standard, batchable laboratory procedure is all that is required to obtain a definitive yes or no response to the question of LTBI.

New guidelines from the US Center for Disease Control, published in December 2005, affirm that QFT-G can be used in all situations in which a skin test is used, thereby recognising its potential as a  replacement for the TST.Unlike the TST, QFT-G is not confounded by BCG vaccination or infection by  non-TB mycobacteria. Furthermore, it eliminates the logistical challenges of skin testing because of its  simple application and laboratory procedure.

Hospitals around the world have started to use QFT-G as their standard for LTBI testing. Those that have implemented QFT-G programmes have recognised significant cost savings over TST. These come  mainly from significantly lower rates of positivity, leading to reduced caseloads and elimination of working time losses for follow-up visits to the occupational health office.

CASE STUDY: HOW A FALSE POSITIVE WAS ALMOST A REAL NEGATIVE

Keiko, a 19-year-old Japanese exchange student in the USA, took a routine Tuberculin Skin Test (TST)  before beginning training to become a nurse. Although she showed no symptoms of TB, the test gave a positive result of 15mm. Her doctor insisted that nine months of preventive treatment with isoniazid was  the standard of care recommended by the Centers for Disease Control.

However, Keiko argued that her test was positive because of two BCG vaccinations she received as a  child, and denied exposure to active disease. A chest X-ray confirmed that she did not have TB, but she was worried that her refusal of treatment might jeopardise her entry into the nursing programme.

Her doctor then found out that the local TB programme used QFT-G and obtained a test for her.
The  result: no TB infection. Treatment was determined to be unnecessary.