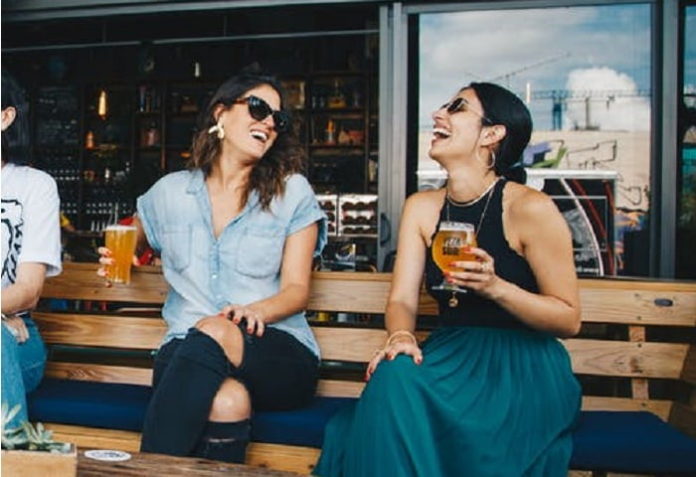 Alcohol is one of the most widely used substances in the world. Be it a bottle of champagne for celebration or a pint of beer on a boy’s night out, alcohol is considered a part of social norms in many cultures. Alcoholic drinks are enjoyed during times of pleasure and to enhance the craziness of a fun night. Alcohol is used not only in drinks but in several food dishes as well. Both red and white wine is used in several dishes. The wide use and cultural acceptance of this chemical refrain it from becoming a part of the United States Drug Enforcement Administration list of Illicit drugs. Alcohol may provide temporary pleasure but it has long-lasting repercussions. When a person becomes an alcoholic, he ceases to function as a responsible member of society. He stops paying attention to his relationships, his marriage is affected. The person himself may fall into a vicious cycle of serious health issues. Several diseases may follow him throughout his life, such as liver damage, brain dysfunction, and behavior change. Here are the reasons why alcohol may be more dangerous than many drugs.

alcohol is a drug but it is not considered illegal in the majority of countries. When a substance is culturally accepted and its use is not frowned upon, it becomes a social norm. The same is the case with alcohol. It is widely used in society and never considered taboo. According to a report published by National Survey On Drug Use and Health (NSDUH) in 2019, 85.6 percent of Americans, aged 18 years and above had had alcohol at some point in their lifetime. Alcohol consumption is not restricted to drinks only. Many food items require alcohol one way or another, for instance, the use of red wine to make pasta sauce.

Alcohol is a psychoactive substance that can compromise brain function by altering the quality and quantity of neurotransmitters. It is a depressant of the Central Nervous System. When a person consumes alcohol, his brain slows down. He feels ‘stupid’ and overexcited. While this feeling may give you the best night out with friends, an overdose may lead to fatality. Brain dysfunction is mainly caused by Alcoholism, one way or another. It changes the physiology of the brain. The damaged brain of an alcoholic can be evident from his slow reactions, poor memory, blurred visions, and sloppy speech. These are only the early-stage damages. Continuous overdose may lead to memory lapses, psychosis, and whatnot.

Continuous overdose from alcohol may leave serious effects on body organs. Alcohol acts as a toxic substance in the human body. All the toxic substances are eliminated through the liver. Liver damage or cirrhosis is the most common organ damage among alcoholics. Kidneys are also affected by the harms of alcohol. This drug has far more serious consequences on different body organs at a time than any other illicit drug. Most of the drugs have more psychological effects than physical damage. Whereas, alcohol not only causes mental health issues but is also a reason behind many body issues. This is why it is considered to be more dangerous than many illegal drugs.

Several diseases are associated with alcohol abuse. The United States Drug Enforcement Administration (DEA) categorizes drugs into five categories. Alcohol can be easily defined with the drugs of category 1. However, it is never included. Alcohol has far more health hazards than many of the category 1 drugs. It causes memory loss, hypertension, cancer, and cirrhosis. All the late-stage diseases eventually result in death. In the US alone an estimated amount of 95,000 deaths were caused by alcohol abuse in the year 2011-2015. Miscarriage and stillbirth are most common in a pregnant woman who consumes alcohol during pregnancy. Behavioral change, anxiety, and irritation are some other effects of alcohol in the human body.

Alcohol is a drug that has very serious consequences on society as a whole. Alcoholic drivers are almost always involved in some level of roadside accidents. In 2021, California alone had a total of 1,241 alcohol-related fatalities out of 3,563 deaths. Several lives are lost and families destroyed by this poison. Alcoholics are widely involved in domestic violence as well. When a person becomes a binge drinker, his marriage and relationships are bound to be affected. He may feel himself either rushing to fulfill his duties or he may always feel irritated with the obligations that come along with a relationship. Alcohol destroys more families than any other drug as the person becomes selfish and self-centered.

Concluding all the above discussion, it can be established that alcohol is a drug that has more serious consequences and hazards than any of the illegal and forbidden drugs. The main reason being cultural acceptance of drug use and its never-ending health hazards.