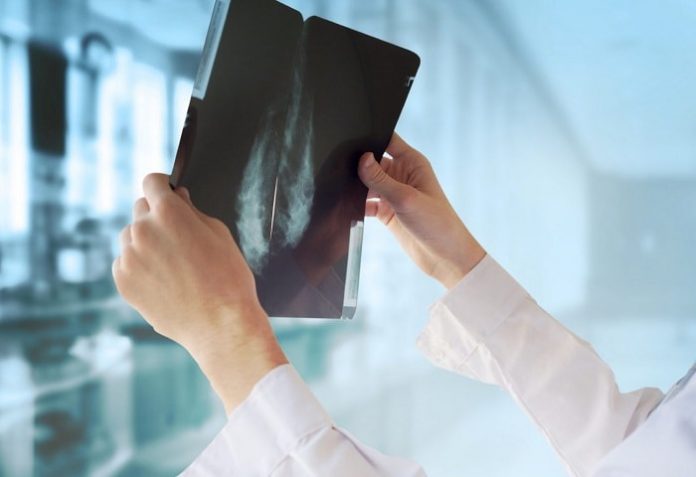 The results of the MONARCH 3 trial, presented at the ESMO 2017 Congress in Madrid (1), showed that adding the cyclin-dependent kinase (CDK) 4/6 inhibitor abemaciclib to endocrine therapy improved progression-free survival compared to endocrine therapy alone in the total study population. While most women had substantial benefit from the addition of abemaciclib as initial treatment, around one-third of women may not need a CDK 4/6 inhibitor as initial treatment.

MONARCH 3 was a phase III randomised, double blind trial of abemaciclib versus placebo, both on top of endocrine therapy with a non-steroidal aromatase inhibitor (anastrozole or letrozole), as initial therapy in postmenopausal women with hormone receptor positive, HER2 negative advanced breast cancer. The study included 493 patients from 22 countries who had never been treated for metastatic disease. The primary endpoint was progression-free survival.

Results of the interim analysis at 18 months are presented today. The investigators found that compared to single agent endocrine therapy alone, the combination of abemaciclib and endocrine therapy significantly prolonged progression-free survival with a hazard ratio (HR) of 0.543 (p = 0.000021). In patients with measurable disease, the objective response rate was 59% in the abemaciclib arm and 44% in the placebo arm (p = 0.004). Rates of diarrhoea and neutropaenia were 81.3% and 41.3% with abemaciclib, and 29.8% and 1.9% with placebo, respectively.

The data also show we may be able to better distinguish benefit among groups of patients. In patients with more challenging disease characteristics such as liver metastases, patients had substantial benefit from the addition of abemaciclib. However,in the subgroups with bone metastases only, or with an indolent disease, relapsing years after stopping adjuvant endocrine therapy, patients had an excellent prognosis with endocrine therapy alone.

“It is well known that these patients have a better prognosis than those with liver or lung metastases, or who relapse early during the course of adjuvant endocrine therapy,” said Di Leo. “Now for the first time,we have insights suggesting that patients with certain clinical characteristics may benefit differently from treatment with a CDK 4/6 inhibitor, including the possibility that some patients with a good prognosis may be able to start on endocrine therapy alone. In such patients, CDK 4/6 inhibitorscould potentially be reserved as a next line of treatment for metastatic disease. This idea warrants further study given our data.”

“In our study, nearly one-third of patients had bone metastases only or a tumour relapsing several years after stopping adjuvant endocrine therapy,” continued Di Leo. “This is a clinically relevant proportion of patients for whom we may consider delaying use of a CDK 4/6 inhibitor. This may be a more optimal treatment strategy for some patients since it can avoid the toxicity of first line CDK 4/6 inhibitors and save costs.”

Commenting on the findings, Dr Giuseppe Curigliano, director, Division of New Drug Development, European Institute of Oncology (IEO), University of Milan, Milan, Italy, said: “Abemaciclib is the third CDK4/6 inhibitor to be tested in advanced breast cancer and the MONARCH 3 trial confirms the role of this new class of agents in combination with endocrine therapy in the treatment of metastatic breast cancer.”

“Many patients with metastatic disease still receive chemotherapy, despite guidelines and data from clinical trials,” he added. “This study confirms that we should avoid chemotherapy in hormone receptor positive, HER2 negative metastatic breast cancer if visceral crisis is not present.”

Curigliano concluded: “The major question that still needs to be answered is the optimal sequence of treatment in the era of CDK 4/6 inhibitors. Should we use these agents in the first line setting or is there a space to start with endocrine therapy alone and to add CDK 4/6 inhibitors at progression? An academic driven trial should be designed to address this question.”