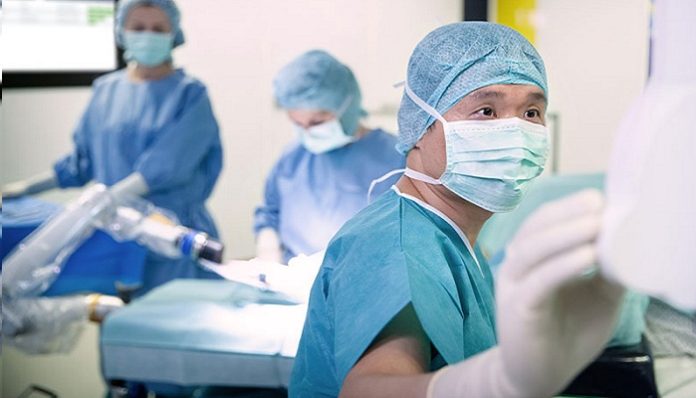 It doesn’t come as a surprise to learn that the American Hospital Association, as well as other hospital groups, have come forward and urged Congress for additional help as the cloud of the pandemic looms. In a letter addressed to the leader of Congress, Charles E. Schumer, and leaders Mitch McConnell and Kevin McCarthy, and Speaker Nancy Pelosi, the letter from the representatives of various healthcare associations and hospitals doesn’t look to mince words and asks for immediate relief as the pandemic isn’t showing any signs of halting. The representatives have asked for additional resources for member hospitals as all of them are consistently experiencing challenges, both operational and financial, that the new variants have had on them. As a note of appreciation towards the congress, the representatives have also thanked them for the aid that has been given till date and how it has proven to be useful for the front-liners and has even allowed healthcare centres and hospitals to keep providing quality care for patients as well as communities coming in at a critical time in the country’s history.

The letter states that as the country enters the third year of the pandemic, hospitals and their staff have already cared for more than 4 million COVID-19 inpatients. The patients’ severity at times has also risen, and it also boils down to the longevity of their stay as compared to the earlier part of the pandemic. The financial implications on the healthcare system, as per the representatives, have kept adding up. Citing an example, they said that delays in non-emergent cases continue with an ever increasing expense on medical supplies such as medicine, testing, and protective equipment.

In addition to this, there has been a mention of a worker shortage as well, which the hospitals have started to feel the heat of. When it comes to employment in the centres, it has seen a gradual decline from where it was pre-pandemic. Data by the Bureau of Labour Statistics has been put forth in the letter which states that employment across hospitals has seen a steep fall of 95,600 employees since the time the pandemic began in February 2020. The numbers include nurse shortages as well, who happen to be an integral part when it comes to patient care and management. To mitigate the effects of these manpower shortages, almost every hospital in the country, as per the representatives, has been forced to engage the services of temporary contract staff, which includes contract nurses too. This has given rise to many staffing agencies involved in providing nurses to exploit the situation by charging prices that are beyond imagination, two or even three times the regular price, to be exact.

As per Prolucent Health, if we look at a figure, there has been a whopping 67% rise in the pay rate of travel nurses in a matter of two years from January 2020 to January 2022. Besides this, the hospitals are billed another 28% to 32% by the staffing firms. As expected, the rate increase has proven unsustainable and has significantly increased labour costs.

In the letter, the representative also expressed gratitude to Congress for extending the moratorium on Medicare cuts, with reductions completely halted until April 1 and cuts reduced to 1% until June 30.The letter further calls for these measures to be extended with additional relief on the cuts even in 2022. The representatives have urged Congress to act now so that the hospitals and the entire system get the additional resources they require, including equipment and consistent supply, as well as balance out the staffing costs to continue caring for communities and patients.