The subject of the case had undergone a Roux-en-Y gastric bypass surgery in 2001, and subsequently had suffered from protracted obstructive symptoms.  A recent EGD performed to evaluate the patient’s obstructive symptoms identified an eroded non-absorbable suture traversing the mid-lumen immediately distal to the gastric pouch as the probable cause.

"The thinking was that an open surgical procedure to remove the suture would be the likely next step," said the patient.

Wishing to avoid a subsequent surgery and the complications that can follow, the patient — himself a retired surgeon — began researching alternative therapies. An article in Obesity Surgery on the utility of endoscopic scissors in removing endolumenal sutures led the patient to the article’s author, Dr. Subhas Banerjee, (Director of Endoscopy, Stanford Hospital) who was able treat the condition endoscopically.

The scissors used in prior suture removal cases conducted at Stanford were fragile and ill-suited to the application.  Aware of the pre-commercial availability of the FlexShears scissors — which incorporate novel blade technology and rotational ability — Dr. Banerjee contacted Apollo in preparation for the case.

The entire procedure took only minutes and was performed under light, conscious sedation, enabling a quick recovery.

Following the case "I was eating several hours later without difficulty and the procedure seems to have relieved nine and one-half years of obstructive [symptoms]", wrote the patient in a follow-up correspondence to Apollo.

The decreased invasiveness, cost and recovery time of this procedure compared to the surgical alternative demonstrates the patient care benefits that Apollo Endosurgery offers through the development and introduction of its flexible surgery devices.

For more information on the FlexShears Endoscopic Scissors and how Apollo Endosurgery is Defining the Future of Flexible Surgery™, visit our website:  www.apolloendo.com 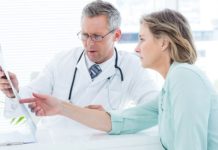 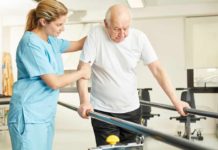 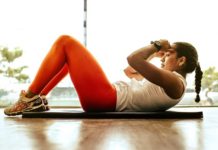 How to Recover Your Fitness After an Injury