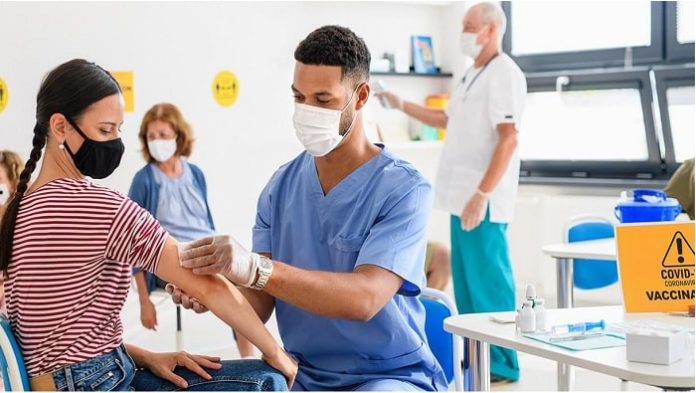 The COVID-19 public health emergency was prolonged by the Biden administration on July 15th for a further three months. The declaration was officially renewed by Xavier Becerra, Secretary of the US Department of Health and Human Services, and was extended through October 13, 2022.

The newest extension of the emergency declaration, which has been in effect since January 2020, comes as the Omicron branch BA.5, the most contagious strain to date, is making inroads in the US. The number of COVID-19 hospitalizations and fatalities is at its highest level in months, despite the fact that daily case rates are substantially undercounted.

More than half of the population of the US resides in counties with a high COVID-19 Community Level, according to data released this week by the US Centers for Disease Control and Prevention, in which the medical system is at risk of becoming overwhelmed and mandatory indoor masking is advised.

A Biden administration source said that the Public Health Emergency proclamation continues to provide them with the resources and powers necessary to respond to the highly communicable COVID-19 subvariants that are now spreading around the country. The PHE gives hospitals crucial flexibility and capacity to better care for patients, especially if they were to witness a dramatic spike in admissions in the coming weeks.

Hospitalizations in the US are expected to increase over the course of the upcoming month, according to ensemble estimates from the CDC that were published this week ending July 16th. For the first time in a few weeks, the forecasts indicated a surge in hospitalizations rather than a continuing constant trend.

The official stated that without the PHE, they would be constrained in their ability to deliver broad and equitable access to life-saving medications through the Test to Treat programme, for example, which depends on flexibility for telemedicine and operations.

The declaration of a public health emergency entitles many Americans to free COVID-19 testing, medical care, and vaccinations. Depending on whether they have Medicare, Medicaid, or Private insurance after it expires, they may have to pay out-of-pocket expenses. While state Medicaid programmes would decide whether to keep covering vaccinations for their participants, those eligible for Medicaid and private insurance would generally continue to receive free immunizations.

Additionally, Medicare has loosened its telemedicine regulations so that a greater number of enrollees can use these services during the declaration. Enrollees can perform visits at home rather than travel to a medical institution, and they can access a greater range of treatments through telehealth. Telehealth services are no longer only available to those who live in remote areas. After the crisis ends, most recipients’ access to these flexibility options will terminate.

And in exchange for obtaining more generous federal matching money, states are not forcibly removing residents from Medicaid during the declaration. Following the conclusion of the emergency, up to 14 million Americans might lose their Medicaid coverage, according to different forecasts made by Kaiser and the Urban Institute. The proclamation has also resulted in many low-income families obtaining increased food stamp benefits, even though several states have concluded their respective public health emergencies and ceased the increased allotments.

Testing, treatments, and immunizations may be used in an emergency under a separate emergency declaration. The US Department of Health and Human Services secretary will decide when it will cease. HHS will determine when it ends, and the organisation has agreed to give at least 60 days’ notice before any changes.