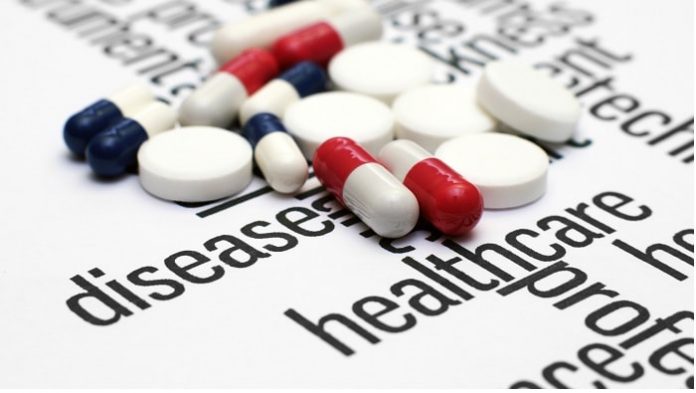 When Dr Tan Yew Oo introduced himself as a medical oncologist in 1978, even fellow doctors in Singapore barely knew what that meant.

Dr Tan, who was born in Penang and graduated from what was then known as the University of Singapore medical school in 1971, had to go overseas to pursue his speciality.

Oncology – an area of medicine that deals with the prevention, diagnosis and treatment of cancer – was not much known or recognised in the local medical community then.

Dr Tan, now in his 70s, was a pioneer medical oncologist in Singapore.
The fifth of nine children, Dr Tan was an ambitious student during medical school and decided to pursue a speciality abroad.

‘We were destined to be together’
Feb 14, 2018
In the US, he did his residency in internal medicine and fellowship in haematology.
In Canada, he completed his medical oncology fellowship, a relatively new subject.
Though oncology was gaining ground in North America, Singapore was slow to catch up.
Cancer is not a death sentence anymore. Often it is a chronic disease, but I will not say that we are close to curing all cancers. While some cancers can be treated quite effectively, there are still some cancers that are difficult.Dr Tan Yew Oo Working in local hospitals then, Dr Tan often had to jump through hoops to get cutting-edge treatments to his patients.

He said: “Introducing new anti-cancer drugs was a challenge as they were costly and the Government and public hospitals often could not fit it into their budgets, which were smaller back then.”

Patients were also less well-off, and insurance was not as common then. To get life-saving drugs, Dr Tan often had to fight to bring in samples of medicines for his patients.
Dr Tan recalled: “Back then there was no Medisave, MediShield or private insurance. Drugs could cost US$400 (S$525), and that was a huge sum that patients in the past could not afford.”

He added: “I was often told that I had set the new record for prescribing the most expensive drugs in Singapore General Hospital.”

But Dr Tan’s pursuit of oncology paid off. The 1980s and 1990s marked the advent of drug treatments for cancers overseas, and Dr Tan’s speciality was not only getting recognised, it was also attracting younger minds here.

SPECIALITY
Dr Tan then helped set up medical oncology as a speciality at National University Hospital.
Interest in the field grew with time as younger doctors saw what he was doing.

“Before you can set up a speciality, you have to inspire people to take on medical oncology first. Eventually, when we managed to get a critical mass of people interested, we could have a speciality,” explained Dr Tan.

Dr Lim’s interest in oncology grew under Dr Tan’s tutelage.
She said: “His patient-centred approach inspired and continues to inspire me to reflect this in my own practice.”

Dr Wong described Dr Tan as having a “tough demeanour” and said she learnt immensely from him.She added: “He made teaching his top priority and expected diligence, intellect and compassion among his trainees.”

They are part of a group of about 120 certified medical oncologists in Singapore, now a leader in the region for those interested in pursuing the speciality.

As the first medical oncologist here, Dr Tan has witnessed first-hand the increasing prevalence of cancer in the country.

Cancer is the leading cause of death in Singapore, according to figures from the Ministry of Health (MOH).

Dr Tan said: “One of the reasons is actually that with better healthcare, people are getting less of infectious diseases and living to an older age.

“Since older people are more prone to cancer, there will be more cases of cancer.”
Cancer patients of the past and today are not the same.

With advancements made in treatment strategies, one would have a higher chance of surviving, compared with two or three decades ago.

As Dr Tan said: “Recalling the patients I have lost in the past, many could have been saved with modern drugs we have today. But such is progress.”

He added: “Cancer is not a death sentence anymore. Often it is a chronic disease, but I will not say that we are close to curing all cancers. While some cancers can be treated quite
effectively, there are still some cancers that are difficult.”

For example, lung and prostate cancers still pose a challenge, as progress has yet to be made in treatments for certain sub-types of such cancers.

Protecting oneself from cancer has much to do with lifestyle and preventive care, said Dr Tan.
He said: “A healthy diet would be one with less processed foods and less red meat. Not smoking or drinking would also help.

“And if you come across vaccines that can help decrease your chances of certain types of cancer – like the vaccines against human papillomavirus (HPV) infection and hepatitis B – go for it.”

These vaccines, which are available in Singapore, have been recommended by MOH as preventive methods against cervical and liver cancer linked to HPV and hepatitis B.
Advancements in science have not only helped to save lives, it has also made the jobs of doctors and hospitals easier.

Dr Tan remembers what it was like to be a young doctor in the 1980s, before the Internet took off.

Before Google and the computer, there was the library and handwritten notes.
Researching and finding journal articles was a long process of flipping through indexes and trawling through shelves before wondering whether it was worth it to spend money photocopying the article.

Long working hours, including returning to the hospital for calls at night with no extra pay, meant life was not easy for a young doctor.

Dr Tan had the added responsibility of being a husband and father.Dr Tan, who is married to a paediatrician he met in medical school, has two children and is now a grandfather.

His son was born while he was studying in the US.His wife, Dr Yong Yeng Keng, told TNP of her husband: “He used to cook dinner when I was a chief resident in New York City. When our son was born, he would bathe and take care of him while I cooked dinner.”

The couple eventually got a babysitter but still made time for family.Recalled Dr Yong: “We did our cleaning, laundry and preparation of baby food and our week’s meals on the weekends.”

SPECIALIST
For more than eight years,Icon SOC has been involved with clinical trials that helps some of its patients receive new anti-cancer drugs and medical care, sometimes free of charge.
After all these years, the business of saving lives is still most important for Dr Tan.
He said: “The satisfaction of being able to prolong life or make life more comfortable for somebody with advanced cancer, that is what keeps me going.”