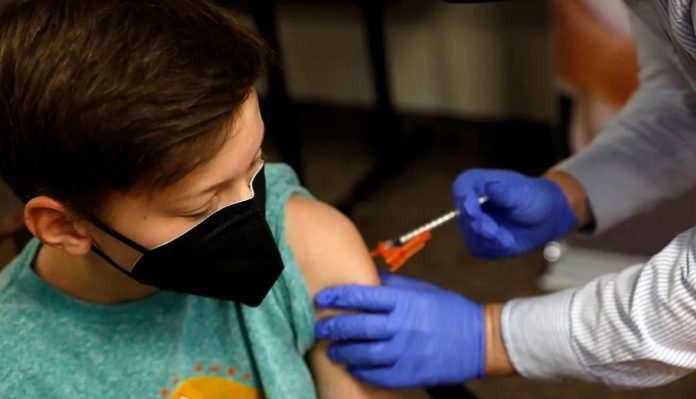 In a recent development, which is a kind of a setback in the case of inoculation for kids, the FDA has confirmed that it is going to delay authorising the use of the Pfizer vaccine in the younger lot until the data concerning the three doses and its effects is made available. This is in contrast to the earlier reports that were doing the rounds that the FDA would give the Pfizer vaccine for kids under 5 the go ahead.

The FDA’s Center for Biologics Evaluation and Research Director, Peter Marks, MD, said that there was a plan to meet in the week ending February 19 of the unit’s vaccines and related biological products advisory committee to gauge if the two doses would be enough to provide ample protection so as to move forward. Pfizer has already put forth its application to the FDA seeking an authorisation for the use of its mRNA vaccine for kids under five years of age, as the FDA themselves were keen on authorising a vaccine soon. However, Marks is of the opinion that in looking at the data, they have realised that it makes sense now to wait till there are further, in-depth numbers for evaluation of the third dose before they can take any action.

The idea, according to Mark, is to come up with a decision that will, in all parameters, be reassuring to parents and the general public. The point is that if the FDA feels a shred of doubt when it comes to the vaccine standard, they will not go ahead with it. Peter Marks added that rather than issues coming up with people questioning the process, the reassurance that the process has a standard will make more sense.

National Institute of Allergy and Infectious Diseases Director, Anthony Fauci, MD, predicted last month that Pfizer for kids might be made available in February, but at the same time, he predicted that there would be a requirement for three doses. It was somewhere in December last year that Pfizer announced that it was planning to submit data to the FDA in the 2022 first half if the three-dose study came out well. The pharmaceutical giant at that point in time had confirmed that no safety concerns were identified with the three microgram dose for six-month-to-four-year-old kids. The dose, however, was much lower than what was given to adults, which amounted to thirty micrograms.