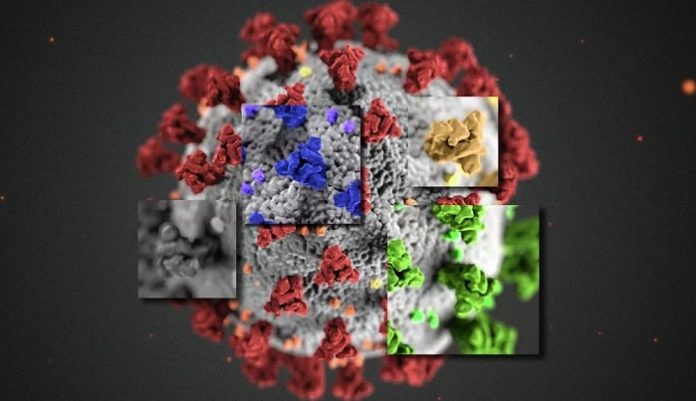 According to the US Centers for Disease Control and Prevention, the extremely contagious Omicron subvariant BA.2 is currently the leading coronavirus strain in the US, causing more than half of the COVID-19 infections last week.

The latest figures come from the Centers for Disease Control and Prevention’s genetic mass surveillance. According to the agency’s calculations, BA.2 was responsible for between 51 and 59 percent of all new COVID-19 infections in the United States in the week ending March 26, up from a projected 39 percent the week before.

The Northeast was the most struck, with BA.2 accounting for above 70% of all cases. The states with the fewest cases were the South and the Mountain West. Last week, BA.2 was responsible for slightly more than a third of the infections in those areas.

Though BA.2 is still making its entrance into the United States, it has already had impactful runs in other regions of the world, notably Southeast Asia and the Western Pacific, and is currently wrapping up its European tour.

As per the World Health Organization, BA.2 is the most common cause of COVID-19 worldwide, having beaten out two other Omicron lineages, BA.1 and BA.1.1, to become the dominant strain. International case counts, which had been dropping since the first week of January, have begun to rise again since its takeover.

A new BA.2 wave has emerged in the United Kingdom, a region that has a higher vaccination rate than the United States due to a combination of loosened restrictions, decreasing protection, and an even more infectious strain of the virus. Since the end of February, COVID-19 instances, hospitalizations, and deaths have been going upward, and the weekly average of new cases is now roughly what it was at the end of January.

BA.2 infections, on the other hand, haven’t yet reached the same heights as BA.1. The frequency of cases in the UK looks to be dwindling, but hospitalizations and deaths continue to rise. The US has trailed the UK by roughly three weeks throughout the pandemic, so when cases begin to rise there, health officials in the US take notice.

Since the end of January, BA.2 has been gaining traction in the United States, with case counts stabilising. Nevertheless, this flattening obscures geographical variances. As per data obtained by Johns Hopkins University, average weekly numbers of new cases are growing in 13 states and have stopped declining in 14 others. Whatever this subvariant will do in the United States is still unknown. Even specialists are unsure of what to expect.

Former CDC Director Dr. Tom Frieden, who is currently president and CEO of the nonprofit Resolve to Save Lives, said they are not immune from what is happening in Europe as BA.2 is becoming dominant and generating a rebound, and the chances of that happening in the United States are pretty slim. He believes part of the reason they have reached a halt is that they are about to resume this upward trajectory.

The FDA approving higher booster dosages for Americans 50 and older on the same day that the CDC believed BA.2 was dominating is no coincidence, says Frieden.

However, it’s anyone’s estimate how high the number of cases will rise, whether a large number of people will require hospital treatment, and whether the country will continue to experience staggering numbers of deaths. There are a number of reasons why it’s difficult to predict what BA.2 will do. In the first Omicron wave, 37 million Americans (about 1 in 11) were infected with COVID-19, according to the CDC. Vaccination and booster shots have given many more people immunity. The CDC estimates that 95 percent of Americans now have some level of immunity to COVID-19, based on random blood samples.

This is referred to as an “immunologic wall” by Dr. Jorge Salinas, a communicable diseases expert at Stanford University. According to studies, BA.2 evades the immunizations roughly as well as the original Omicron, so boosters are required to reestablish protection against these variations. However, less than half of the US population aged 12 and up has received the required third dose.

Adults over 65 are the most vulnerable to COVID-19, as they are more likely to become extremely unwell. In the United States, one out of every three people over the age of 65 has not received a key third vaccine dosage. Severity may be one bright point in the BA.2 situation. Although animal research has revealed that BA.2 infection isn’t always mild, data from human infections in the UK, Denmark, as well as South Africa indicates that BA.2 was not more likely than BA.1 to cause hospitalisation.

The UK Health Security Agency published its data on the effectiveness of the BA.2 vaccine this week. Boosters were 90 percent helpful in preventing serious illnesses in people over the age of 65 for up to 14 weeks, pointing to a vital strategy to ensure BA.2 doesn’t knock people out.