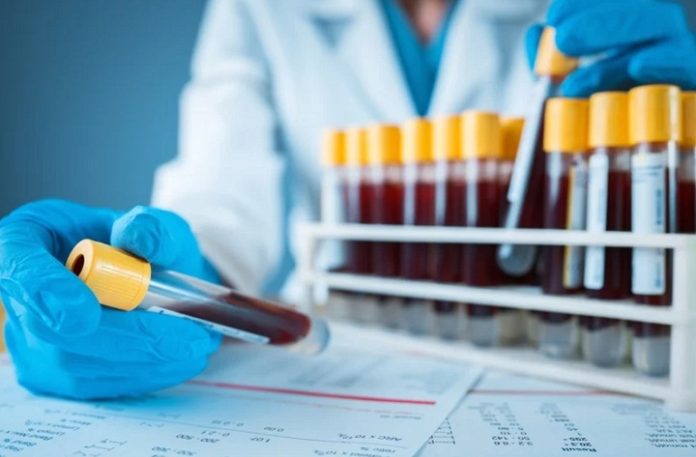 One of the very first patients on the NHS to receive a pioneering sickle cell medication says she was “overjoyed” to receive the “paradigm-shifting” new drug. Loury Mooruth, who is 62, of Walsall, West Midlands, happens to be one of the first patients to receive crizanlizumab which was administered at Birmingham NHS Trust, the first novel medication for sickle cell disease in more than two decades. Crizanlizumab, a novel medicine, will reduce chronic pain, A&E visits, and significantly enhance patients’ quality of life.

As many as 5,000 individuals could be treated over the next three years thanks to an NHS drug agreement, significantly sooner than would have been possible otherwise. Sickle cell has been a part of her entire life, Loury stated after her first treatment. People look at her and believe she is alright, but they have no idea how much agony and anguish she goes through, not to mention the numerous trips to A&E.

As per her, when she has a sickle cell crisis, it feels like someone is ripping a knife through her joints, especially her hips and legs. Loury adds that every time she considered taking this new medicine, tears welled up in her eyes and that she is ecstatic and overjoyed now since this is a once-in-a-lifetime opportunity for her as well as her family. She strongly feels that other folks who are eligible for this medicine should come forward and get it.

Crizanlizumab, which is administered via a transfusion drip, prevents a sickle cell crisis by attaching to a protein found in blood cells. Patients with sickle cell disease have monthly episodes that make it difficult to continue working or doing other daily activities. The medicine is predicted to cut the number of visits to A&E by two-fifths for sickle cell patients.

The Sandwell and West Birmingham Hospitals NHS Trust is one of ten new specialist sickle cell disease treatment centres being established across the UK. Patients from all over the country will be able to receive the new treatment through their consultant at one of these clinics. It is worth noting that people with African or African-Caribbean ancestry are significantly more likely to have the inherited disorder.

It is indeed amazing that the first NHS patients have been offered this ground-breaking and historic new medication for sickle cell disease, the first in almost two decades, says Dr Bola Owolabi, NHS Director of Health Inequalities, who also happens to be a GP in the Midlands. This breakthrough treatment, according to him, will improve patients’ quality of life, cut trips to the emergency room in half, and ultimately save lives. They have been able to give the newest and most recommendable treatments to patients at such a convenient price for taxpayers thanks to the NHS’s commitment to this treatment. Crizanlizumab is the latest in a long line of NHS medication deals that have seen patients benefit from cutting-edge therapies such as a life-changing cystic fibrosis treatment for youngsters and a ground-breaking new drug that can greatly lower the likelihood of cancer returning.

They are happy to see the first sickle cell patients now have access to this life-changing breakthrough medication, remarked Kye Gbangbola, MBA, chair of the Sickle Cell Society. Others, as per him, who are eligible are encouraged to do the same.

Sickle cell crises are excruciatingly painful and cause major disruptions in daily life. They believe that this innovative treatment will give many sickle cell patients a new lease on life. Gbangbola adds that sickle cell disease is a disease that is underserved and underappreciated, so it’s wonderful to see new medicines being developed after more than two decades. They hope that this is only the beginning of a slew of innovative medicines that will enhance the lives of sickle cell patients.