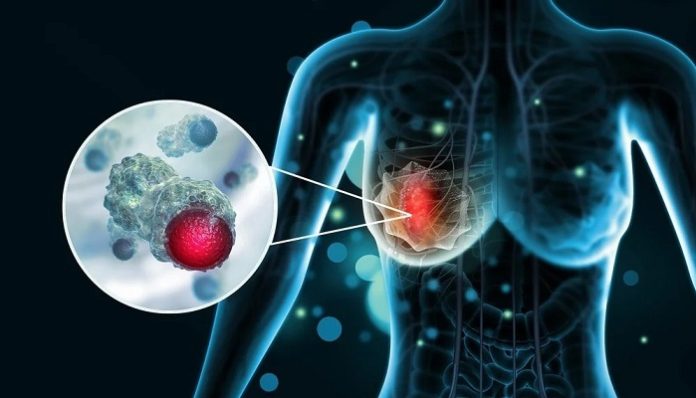 A technique created by Karolinska Institutet researchers should be able to forecast whether a breast cancer patient will benefit from a specific treatment or not. According to a study that was published in PNAS, the cell-based approach has been tried on patients and has shown encouraging outcomes.

There are currently few options for anticipating which breast cancer patients will respond best to various treatments. With the use of this technology, it is possible to forecast how patients will react to specific medicines, reducing the risk of unneeded side effects and lowering expenditures. They find that the concept works, but larger confirmatory investigations are required, says professor at the Department of Oncology-Pathology, Karolinska Institutet, and corresponding author of the study, Johan Hartman.

The therapy of breast cancer at the moment includes a wide range of drugs. However, because the illness is so complicated, not all people benefit from the same medications. Through, for instance, DNA sequencing, it is possible to learn a little bit about the type of treatment that will be most beneficial for a patient. Better approaches are therefore required to forecast how patients will react to therapy because it is frequently impossible to say whether a medication will benefit a specific patient or not.

The technique created by KI researchers is based on extracting and growing not only tumour cells but also so-called supportive cells from breast cancer patients. The sensitivity of the grown cells to the various concentrations of the cancer treatments is next examined.

In the current study, the researchers demonstrate that this form of cell-based tumour model can be created from breast tumours and that the cell models are relevantly comparable to the patients’ primary tumours, including biologically and in terms of many protein markers.

The biopsies of 98 patients who had undergone surgery for breast cancer were used to produce the tumour models. They underwent testing with more than 35 breast cancer medications, both those in use and those in development. The researchers could then see that, in some cases, the tumour models were sensitive to the drugs that were in the process of being developed and that the drug responsiveness the tumour models showcased was very much in line with current information concerning treatment options based on patient tumour types.

The researchers then looked at how well the technique could predict treatment outcomes. At Södersjukhuset in Stockholm, a validation study was conducted on 15 breast cancer patients who had undergone treatment prior to surgery, or neoadjuvant treatment.

The researchers developed tumour models for each patient using biopsies taken before surgery and subjected the models to the same medications as the patients. The models’ pharmacological sensitivity was then contrasted with the way patients responded to treatment.

The findings demonstrate that the therapeutic responses suggested by the tumour model and those that the patient subsequently displayed were largely consistent. In contrast, four of the four patients who were treated and evaluated for anti-HER2 monoclonal antibody medications demonstrated consistency. For instance, the model predicted the therapeutic efficacy of the chemotherapy agent epirubicin with 90% accuracy.

The researchers point out that tiny tumours, which are sometimes thought to be difficult to collect without endangering diagnostics, can also be used to generate cell models, and that the tests can be completed quite quickly.

This procedure can be used in routine clinical practise since, in the majority of situations, one can do personalised drug testing and receive the results in less than ten days. However, it can also be applied to research and drug development, according to the study’s first author, Xinsong Chen, a research specialist at the Karolinska Institutet’s Department of Oncology-Pathology.

The technology will then be tested on a wider sample of patients, and its potential to be combined with other molecular techniques will be looked at in order to improve therapy response prediction and research resistance mechanisms.

The Swedish Breast Cancer Association,The Swedish Cancer Society, Region Stockholm, the research funds at Radiumhemmet, as well as the Swedish Research Council all contributed to the study’s funding.