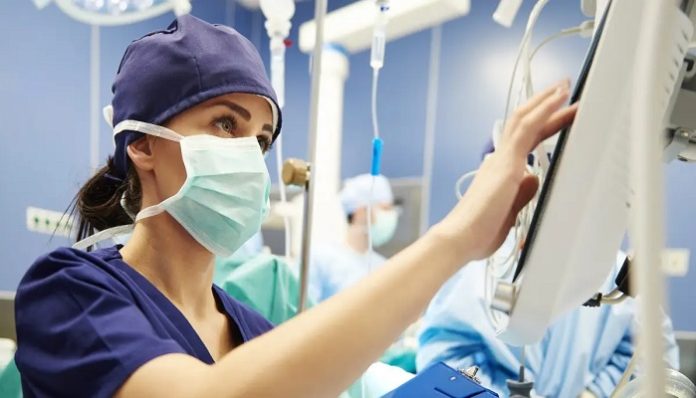 As per the new study conducted by the Ponemon Institute, almost half, i.e., 45%, of the healthcare provider respondents, opined that the ransomware attacks have led to an increase in medical procedure complications. The percentage is up from 36% in 2021.

579 healthcare IT professionals were surveyed in the fourth quarter of last year just to gauge how ransomware is consistently impacting patient care and to also find out the essence of cybersecurity in ensuring that the impact is reduced.

Ponemon got to know that more than one in five people who were surveyed said that attacks pertaining to ransomware had quite an adverse effect on the mortality rates of the patients.

The most commonly witnessed impact was the surge in patients either getting diverted or transferred to other facilities, which was reported by 70% of the surveyed people. The previous study reported a percentage of 65%. Due to the poor cybersecurity controls as well as the vulnerabilities that come with third-party technology, organizations witnessed a surge in the ransomware attacks. Besides, most of these organisations that have experienced the attacks are paying the ransom.

67% of the respondents claimed that their organisations paid, with the average coming to $352,541, an increase from $282,675 in 2021. As per the researchers, the average duration of the disruptions due to ransomware attacks was more than a month, or 35 days to be precise.

The study also took into consideration the yardstick for risk mitigation resourcing such as investment in staffing that had higher levels of omissions needed to take care of risks by third party and also investment for new technologies in cyber preparedness.

As per the researchers, cybersecurity peer benchmarking gives important insights on how healthcare resources must be set up so as to reduce the ransomware risk. Benchmarking did show the effectiveness of cybersecurity, and its compliance also went a long way in establishing programme goals with more data-driven decision making. It was also determined that this helped them to be responsive and recover from the cyberattack.

According to a study that was conducted by the US Department of Homeland Security Agency on cybersecurity and infrastructure security, there was a quantified correlation that was seen between intensive care bed utilisation and deaths that took place 2, 4, and 6 weeks after a ransomware attack.

An analysis of the excess deaths apart from COVID-19 revealed some interesting facts. One of which was that the fastest growing cohort which was affected by the non-COVID deaths was 25–44-year-olds due to delayed as well as degraded care.

Ponemon Institutes findings suggest that the hospital IT as well as security personnel continue to have a stand that ransomware does have an expanded as well as adverse effect on the patient care. With such attacks growing thick and fast and most firms under consistent threat, there are findings on how peer benchmarking can help cybersecurity programs’ effectiveness.