Patterson Companies Inc. said Monday that it will pay roughly $1.1 billion in cash for Animal Health International in a deal that will double Patterson’s veterinary business and give it extra heft in the United States, the United Kingdom and Canada.
With Animal Health, the Mendota-based Patterson will gain an animal product distribution company with about $1.5 billion in sales and $68 million in annual profits. Animal Health sells products for pets, horses, beef and dairy cattle, poultry and pigs. It works with more than 1,000 manufacturers.
The deal, expected to close during Patterson’s first fiscal quarter, will be financed via a loan and a separate revolving line of credit.
Patterson, which has about $4.3 billion in annual revenue, plans to divest its $468 million medical/therapy equipment business in an effort to pay for the acquisition. It has hired Bank of America Merrill Lynch to explore the alternatives. If sold, proceeds will help pay down the debt for the new Animal Health purchase, officials said.
Patterson’s medical business produces about $64 million a year in profits, but is “not a core part of the company’s long-term strategy,” officials said in a statement.
Patterson plans to focus on the dental and veterinary supply business. It is the latest in a multiyear turnaround plan designed to boost growth and profits.
News of the Animal Health purchase comes six months after Patterson announced that it would buy Holt Dental Supply Inc. in Waukesha, Wis. In 2013, it also bought a British veterinary supplier named National Veterinary Services Ltd. that doubled Patterson’s veterinary business. That addition has since enjoyed significant profit gains, the company said.
Liking such results, Patterson is doubling its veterinary segment once again. With Animal Health, Patterson expects to save $20 million to $30 million over three years as duplicative expenses are cut.
“This is a transformational move for Patterson Companies,” CEO Scott P. Anderson told analysts during a conference call Monday.
“Acquiring Animal Health International firmly establishes Patterson in the production animal health market, in addition to building on our already strong presence in the companion pet market,” he said. “This acquisition is a key part of our previously disclosed strategic intent to take a broadened view of our markets and position our businesses to generate profitable growth and increase shareholder value.”
Not all investors were convinced. The stock on Monday fell 72 cents, or 1.5 percent, to close at $46.36 a share. Since November, the once-troubled stock has been trading at levels not seen since 2005. 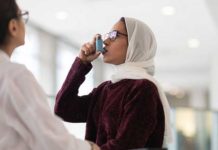 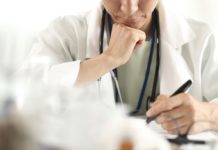 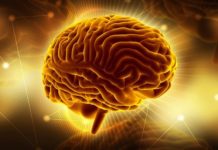