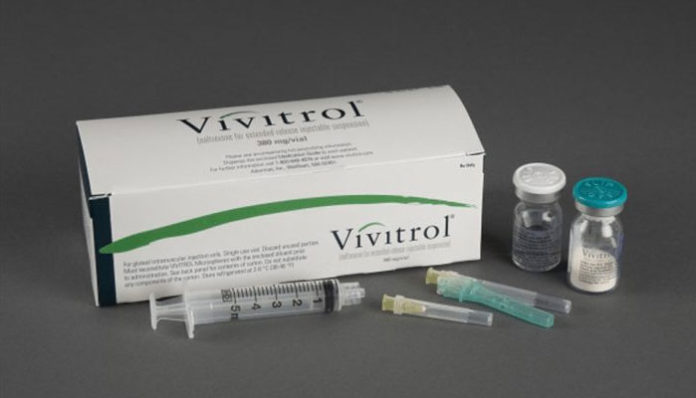 One of the most difficult parts of early recovery from drug addiction is the persistence of painful substance cravings even after a patient has detoxed. This is especially true of opioid addiction, which has one of the highest relapse rates as well as mortality rates among common drugs of abuse.

Reco Intensive, a Delray Beach rehabilitation center known for its empathetic approach and client-focused attitude, has found great success by treating a portion of its patients with injections of Vivitrol, which is an extended release injectable formulation of a medication called Naltrexone.

Vivitrol has become the drug of choice for Reco’s experienced staff as well as for many other modern rehabilitation institutions because it avoids many of the pitfalls associated with other medication treatments for drug addiction because of its unique mechanism of action and mode of administration.

As an opioid antagonist, Vivitrol works by bonding to the brain’s opioid receptors without causing the psychoactive “high” that other opioid drugs do. This both reduces cravings by “satisfying” the receptors and prevents the client from getting high even if they do attempt to take an opioid drug, because the receptors are already occupied or “blocked” by the naltrexone.

Since the brain’s opioid system also plays a role in the physiological response and cycle of addiction implicated in alcohol addiction, Vivitrol is also recommended for some recovering alcoholic clients as well as those who abused opioids.

In contrast to other medications that are only useful during the earliest days of detox, Vivitrol is appropriate for patients who have already achieved seven to fourteen days of sobriety, when they are out of acute withdrawal but still finding their footing in a drug free life. The fact that Vivitrol is a long lasting injection rather than a pill that is taken daily also removes the risk of a patient forgetting to take their medication or deliberately forgoing a dose in order to get high.

Instead, a life without the possibility of abusing drugs simply becomes the patient’s new normal as they work to combat their addiction’s psychological underpinnings in intensive therapy. Unlike some other medications sometimes prescribed for those recovering from opiate addiction, some of which work by partially activating as opposed to simply blocking the brain’s opiate receptors, there is also literally zero possibility of abusing Vivitrol itself.

It isn’t just the experience of Reco’s seasoned and qualified clinicians and of their clients that backs up Vivitrol as a safe and effective option for those in early addiction recovery; the statistics also suggest that those who use the medication have significantly more opioid or alcohol free days than those who do not, and are a full seventeen times less likely to relapse. Vivitrol users also report a fifty percent reduction in their respective cravings for opiates or alcohol.

Numbers like these are hard to argue with. While Vivitrol isn’t a magic bullet, and no medication alone can fully address the effects of drug addiction unless it is paired with a comprehensive psychological treatment program like the kind Reco offers, it does provide a simple way to lighten the psychological load for patients who are committed to the hard work of recovery.

To learn more about Vivitrol and the wide variety of other cutting edge and scientifically validated treatment methods that Reco Intensive offers, about their unique holistic approach, or about how you or a loved one can get help today,  you can learn more at their website, https://recointensive.com/.