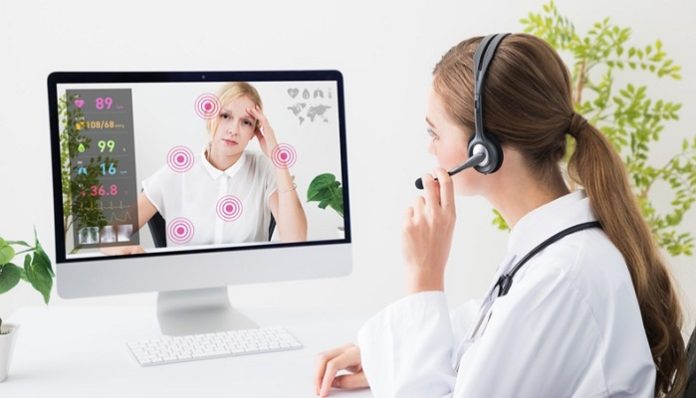 After 3 months of relative stability, in October 2022, national telehealth saw a downtrend of 3.7% from 5.4% when it came to medical claim lines in September to 5.2% in October, as per the Monthly Telehealth Regional Tracker from FAIR Health. The slump in telehealth utilisation was greater than the national average, which was 6.8% in the South, 4.9% in the Midwest, and 4.1% in the West. Although there was an increase in utilisation in the northeast.

The data comes from a privately insured population that includes Medicare Advantage but excludes fee-for-service Medicare as well as Medicaid.

That was the same month that COVID-19 continued to be one of the top 5 telehealth diagnoses all across the nation. Nationally as well as in the Midwest, in October, the virus fell from third to fifth place in the rankings. When it came to Northwest, it fell from second to third place, whereas in South, it fell out of the rankings from fifth place. COVID-19 was already out of the top 5 diagnoses in the west ever since September.

Acute respiratory diseases as well as infections also climbed in October and jumped the telehealth rankings of the top five diagnoses. From September to October in the north east, these diagnoses saw a surge from third to second place, and in the west, it was a greater climb from fourth to second. It remained second nationally as well as in the Midwest and south. However, there was a percentage share increase in telehealth claim lines. For instance, it rose to 4.1% from 3.1%.

To help the beneficiaries get access to care during stay-at-home orders placed in order to reduce the impact of COVID-19 or its related exposure, CMS put in place emergency waiver authorities brought in by Congress and also existing regulatory authorities so as to implement policies that helped expand telehealth as well as its services during the pandemic.

This had in it, numerous statutory limitations being waived like the geographic restrictions as well as allowing beneficiaries to get telehealth at their homes.

Telehealth and hospital at-home programmes were extended beyond the public emergency because of the omnibus package that got passed in December. This legislation extended waivers for both programs. Telehealth flexibilities shall now be into effect all through the end of 2024. Apparently, Medicare gets usually restricted to payment of telehealth services across rural areas mostly and also when the beneficiaries go to the clinic or any hospital to avail the service.

In the fee schedule of the physician rule, which was released in November, it was announced for the first time by the CMS that Medicare would pay for mental health visits through federally qualified health centres by way of audio-only telecalls outside the scope of COVID-19 PHE.