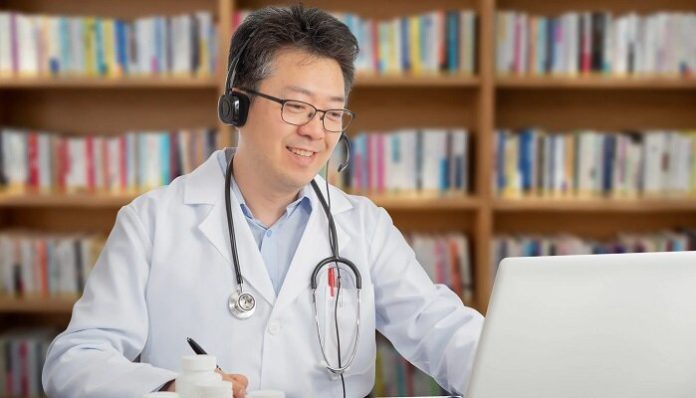 According to a study report issued by the Korea Health Industry Development Institute, an institution connected to the Ministry of Health and Welfare, the majority of South Koreans are ready to use telemedicine once again in the future, particularly those residing in remote towns and villages. This provides an excellent opportunity for equipment manufacturers and developers to capitalize.

Hankook Research conducted the aforementioned online poll in September with over 1,700 participants who were 19 years of age or older. It aimed to assess the respondents’ familiarity with telemedicine services, their chosen medium, their motivation and intent, their contentment, and their degree of expertise in digital health.

Eight out of ten respondents claimed to be aware of the temporary authorization of telemedicine in the nation, but a similar proportion claimed they had not received any advertising or education on it. A little more than 88% of people claimed to have had online counselling and therapy within five minutes, and more than 70% claimed to have had a voice or video phone consultation.

Over a third of respondents who were asked why they opted for telemedicine cited ease and COVID-19 isolation measures as their reasons. It’s important to note that 13% of participants, particularly those with chronic illnesses, found it challenging to describe their symptoms during teleconsultations.

The respondents said that they would like to see real-time medical information used, home or portable health monitoring equipment included, and online reservation and collection capabilities. In terms of their level of digital health competency, it has been shown that while many people are capable of finding health information and using it to live a healthy lifestyle, there is a poor level of expertise in using medical information for managing diseases and health.

The study also discovered that women are better at searching for health information than men, even though men were better at evaluating the validity of the information and using health management tools.

High digital health competency individuals were more at ease describing their symptoms during voice or video consultations. Additionally, they frequently use additional hospital services, including online booking and payment, access to medical records, and health information. As the larger South Korean health system pursues digital transformation, KHIDI claims that the survey results show the necessity for governmental assistance programmes to increase patients’ digital health capacities. For instance, the Samsung Medical Center has been at the forefront of the agreement’s digital transformation, demonstrating its supremacy in EMR infrastructure and technology by receiving verifications for HIMSS Digital Maturity models.

According to a recent global survey conducted by Zoom, most people who used telemedicine during the pandemic now favour a hybrid technique of care post-COVID-19.