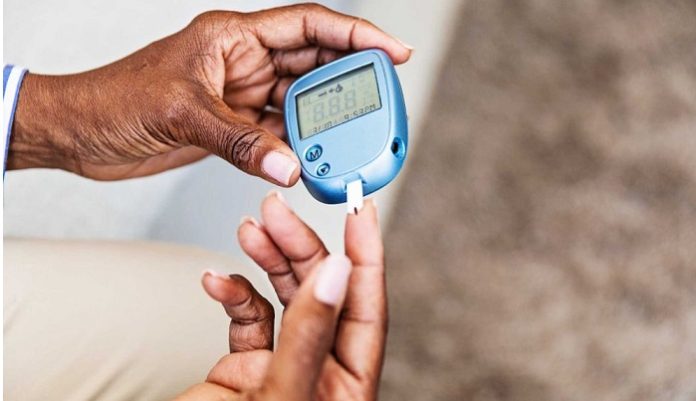 According to a major assessment of patient records released recently, people who had COVID-19 were more likely to develop Type 2 diabetes in a year than those who dodged the coronavirus. As per scientists who evaluated the data of over 181,000 Department of Veterans Affairs patients diagnosed with COVID-19 between March 1, 2020, and Sept. 30, 2021, the discovery is true, including for people who had less severe or asymptomatic forms of coronavirus infection, though the chances of developing new-onset diabetes increased as the severity of COVID symptoms increased.

Their findings were compared to the medical records of almost 4.1 million VA individuals who were not affected at the time and another 4.28 million who got VA medical treatment in 2018 and 2019. This study was unable to prove causes, but it did reveal a substantial link between the two disorders. Overall, patients diagnosed with COVID-19, a coronavirus-related condition, were 46% more likely to develop Type 2 diabetes for the first time or be prescribed blood glucose treatment, according to the study. The research was published in the medical journal Lancet Diabetes & Endocrinology.

In other words, 2 out of every 100 COVID patients were much more prone to diabetes, a condition in which the pancreas produces inadequate amounts of the hormone insulin, resulting in poorly managed blood sugar levels. This diabetes type can harm the kidneys, nerves, blood vessels, and heart, among other things. The findings have ramifications for more than 471 million people who were infected during the epidemic, nearly 80 million of whom were in the United States, and notably for long-haul COVID sufferers.

General people should pay attention to their blood sugar if they’ve had COVID-19, opines VA St. Louis Health Care System’s chief of R & D, Ziyad Al-Aly, who conducted the study. Earlier, smaller studies and clinicians who have managed COVID patients have reported a rise in new diabetes diagnoses related to coronavirus infection. Al-Aly, on the other hand, Al-Aly stated that his study was the largest on the subject, and that it looked at the longest period of time from 31 days post infection to an average of nearly 1 year per patient.

VA patients are older than the average population, and they are more male and older than the general population. Nonetheless, Al-Aly said the vast number of people participating gave him trust that his findings could be applied to the general public. The risk seemed clear in all groupings, noted Al-Aly, including women, non-whites, younger people, and those of different BMIs.

More than 99 percent of affected VA patients developed Type 2 diabetes, as compared to Type 1, which occurs when the pancreatic’ insulin-producing cells stop generating the hormone entirely. Al-Aly theorised that the cells’ reduced effectiveness was caused by inflammation, which could have been induced by the virus or the body’s response to it. Together, present evidence demonstrates that diabetes is an aspect of the complicated extended COVID syndrome, as per the researchers, and that post-acute care efforts for people with COVID-19 should include diabetes identification and management.