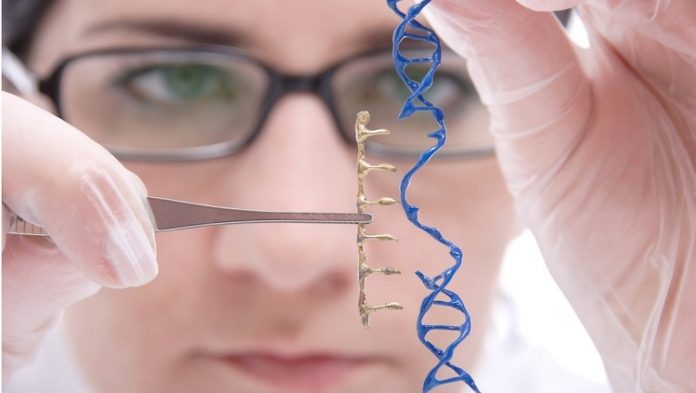 The year was 1906, and German physician Alois Alzheimer was examining the brain of a patient who had died after a battle with progressive dementia.

The woman had experienced memory loss and other psychological changes. Alzheimer noticed the accumulation of a peculiar substance in the cortex, the first observation of what would later be called amyloid plaques.

Fast forward more than 100 years and many researchers still suspect that such plaques play a role in driving the disease named after the German physician, but they haven’t been able to prove it. Companies, including Novartis, have designed compounds to shrink the plaques or block them from forming, and some have demonstrated reduced amyloid formation, but this hasn’t yet translated to a delay in disease progression or restoration of cognitive function.

In new research in mice, scientists have demonstrated that amyloid plaques cause changes in brain physiology that lead to cognitive problems – and that such problems may be reversed by reducing amyloid levels.

A team led by Marc Aurel Busche at the Technical University of Munich (TUM) was able to rescue the activity of neurons and neural circuits in mice with amyloid plaques by applying a compound provided by Novartis scientists, who collaborated on the research. Mice that received the agent were better able to navigate a maze than mice that did not receive the treatment. The findings – which were published recently in the journal Proceedings of the National Academy of Sciences – have yet to be confirmed in humans.

“Some researchers have started to suspect that amyloid plaques are just bystanders in the disease, that they’re not toxic at all,” says Busche, an associate investigator in TUM’s Institute of Neuroscience. He points out that several high-profile failures of compounds in clinical trials have contributed to this skepticism.

The results of this study, however, suggest that amyloid plaques are more than bystanders. “These mice displayed deficits in all levels of brain function, and we were able to rescue the deficits by applying the compound,” Busche says.

The collaboration kicked off when Ulf Neumann, a senior investigator in Neuroscience at the Novartis Institutes for BioMedical Research, learned that Busche was proficient in special brain imaging techniques. At the time, Neumann and his colleagues at Novartis were looking for academic labs that could help them study a compound that targets a protein in the brain called BACE-1 needed to form plaques. Their studies of the compound, a BACE inhibitor, had shown reduction of amyloid plaques in mouse models. The industry scientists realized that colleagues in a university setting might have insights and expertise that would advance the understanding of what reduction of amyloid means for the overall disease process, in particular for neuronal function.
The silent stage of Alzheimer’s disease

One possible explanation for some of the recent clinical failures is that the compounds were tested in patients who already displayed symptoms of Alzheimer’s disease. Neumann, Busche and others suspect that cognitive decline might be irreversible at this point. Recent studies have revealed that the disease process begins decades before symptoms become noticeable, with individual neurons and circuits deteriorating slowly over many years, a period referred to as a preclinical stage. It might be too late to halt or reverse the brain damage by the time patients and their families notice memory problems and psychological changes.

The mice with amyloid plaques in the TUM-Novartis study mirrored humans with presymptomatic Alzheimer’s disease. They had amyloid deposits, but little neuronal degeneration and no immediately obvious signs of cognitive decline. It was only when the researchers challenged the mice with a difficult task – navigating a maze they’d previously encountered – that mild memory loss was observed.

These mice displayed deficits in all levels of brain function, and we were able to rescue the deficits by applying the compound.

Marc Aurel Busche, collaborator at the Technical University of Munich

“These mice have probably not been exposed to amyloid plaques long enough to experience the kind of damage that leads to significant cognitive impairment,” says Neumann. “But their neurons and neural circuits are already deteriorating. And the compound seems to reverse the damage.”

Restoring the brain to normal
The study was made possible, in part, by Busche’s expertise in a sophisticated, two-photon fluorescence imaging technique that enables scientists to observe the activity of hundreds of neurons at a time in the brain of an anesthetized animal. When his team applied the imaging technique to mice with amyloid plaques, the researchers noticed that neurons near the plaques were hyperactive, firing much more than normal.

Busche also developed methods to investigate brain waves, the synchronicity of neuronal activity, and the long-range function of neural circuits across geographically distinct regions of the cortex. His group has previously shown that synchronization of brain waves is important for memory consolidation during sleep. The team harnessed this knowledge, comparing the brain wave patterns of two regions of the mouse cortex. In healthy mice, the pattern was synchronized across the two regions. In mice with amyloid plaques, however, the waves were out of sync.

The discovery that the brains of mice with amyloid plaques showed major changes didn’t surprise Busche, a seasoned neuroscientist and visiting fellow at Massachusetts General Hospital in the US. But he was stunned by what happened next. When the Novartis compound was administered to the mice, their neurons and neural circuits seemed to return to normal.

“In a relatively short period of time – just six to eight weeks – we were able to completely resolve the hyperactivity of neurons and restore the long-range function of the neural circuit,” he says. “I didn’t think that the brain was this plastic.”

The maze was the ultimate test, providing direct evidence that the compound could improve the cognitive abilities of the mice with amyloid plaques.

The results suggest that it might be possible to stop Alzheimer’s disease before it starts by treating patients in the presymptomatic stage of the disease. Novartis is collaborating with the Banner Alzheimer’s Institute and Amgen to investigate this hypothesis in cognitively healthy individuals at genetic risk of developing Alzheimer’s disease, through the Generation Program. The main molecule being tested, called CNP520, is also a BACE inhibitor.

“We’re eager to see if CNP520 has a similar effect in humans to the one observed in mice,” says Neumann. It will take years to find out.