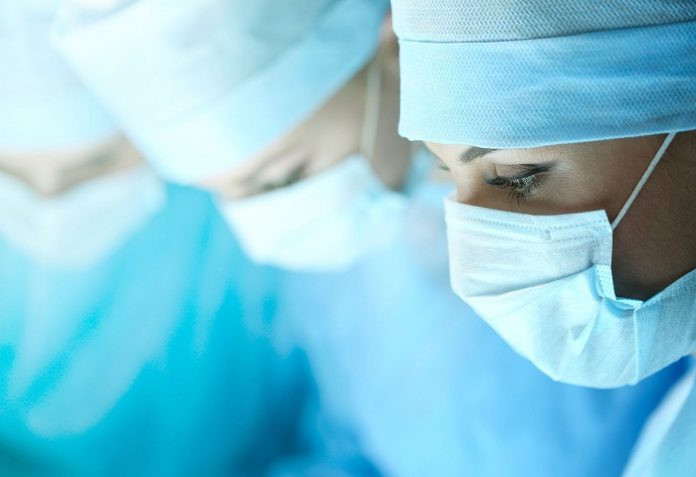 That link between nursing Clinical Decision Support (CDS) and hospital VBP scores was established by a Rockburn Institute-Wolters Kluwer Health study, which found that hospitals where nurses used two specific evidence-based CDS tools for two years had an average VBP Program rank that was nearly 25 percent higher than those of their peers.

The study’s findings are especially notable because they are a rare instance where the intervention is clearly associated with the change in practice and quality improvement. In this case, the intervention was the use of two CDS solutions from Wolters Kluwer, Lippincott Procedures and Lippincott Advisor. In fact, the research findings clearly support the value of utilizing point-of-care CDS tools in a clinical setting to augment nurses’ substantial knowledge when needed. The results also demonstrate the close relationship between nurse, information, patient and performance improvement—ultimately leading to improved quality and efficiency.

The Basics of VBP
With its Hospital VBP Program, the Centers for Medicare and Medicaid Services (CMS)incentivizes hospitals to improve patient care and minimize costs by structuring its reimbursement system to reward care quality rather than service quantity.To fund the program, CMS reduces each hospital’s base operating payment by up to 2 percent. Hospitals can earn back that withholding plus bonuses by achieving high VBP performance scores. 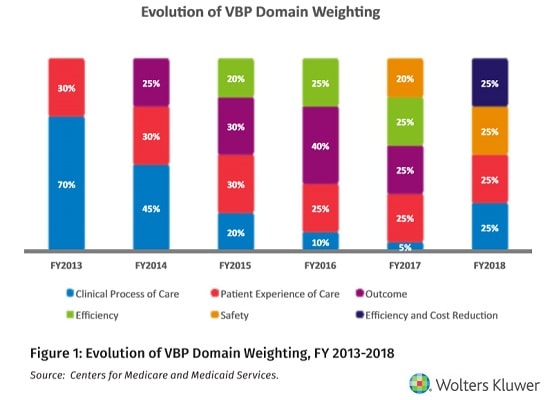 Essentially, hospitals compete with each other and their own past performance to show achievement and improvement. Performance is currently assessed using four quality domains: 1) Clinical Care, 2) Experience and Coordination of Care, 3) Safety, and 4) Efficiency and Cost Reduction. These domains, their measures and the weight of each within the overall performance have evolved since the program’s inception. The current domain structure was projected to remain in place through FY2022.

Each participating hospital receives an achievement score and an improvement score for each domain. The higher of the two is selected and weighted accordingly. All domain scores are then added together to create the VBP Total Performance Score (TPS). This score is then converted into the hospital’s “adjustment factor,” a multiplier CMS applies to a hospital’s base payment covering each patient’s stay during a given time period.

Adjustment factors above 1.0 indicate that a hospital will receive back from CMS their full withholding plus a bonus. Hospitals with an adjustment factor below 1.0 will be assessed a penalty. For example, a hospital with a VBP adjustment factor of 0.9903 would be paid99.03% of what Medicare usually reimburses for each service. It’s important to note that the VBP program is a mix of withholding repayment and bonus (or penalty) and required by law to be budget neutral.

The Study Methodology
To determine if and to what extent CDS helped hospitals improve performance on key metrics, the Rockburn Institute evaluated data compiled over a three-year period from all U.S.-based hospitals with a CMS Certification Number that participated in the VBP program. From this base of approximately 3,000 hospitals, 41 facilities were identified that utilized both Lippincott Procedures and Lippincott Advisor for the complete 2014 and 2015 calendar years. Those hospitals had higher-than-average numbers of Medicare cases and a Case Mix Index that was similar when compared to national averages.

The 41 hospitals using both CDS tools represented a mix of community-based clinics, hospitals serving large geographic regions and large university-based systems in 20 different states. They were compared to the other hospitals that had received VBP scores for 2014 and 2015. Scores of the 41 CDS facilities were also evaluated for 2017 against their previous years’ results.

The Findings
The analysis found that the hospitals with both CDS tools achieved higher TPS than the national median for the corresponding fiscal years (FY2016 and FY2017). Longer use of CDS during the study period was also often associated with higher scores on these measures. 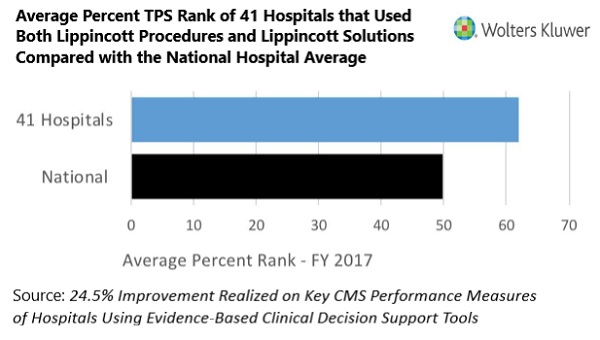 Specifically, the 41 hospitals that used both tools throughout 2014 and 2015 achieved higher performance ranks on important VBP measures assessing quality that can directly affect their Medicare reimbursement payments and their overall bottom line. They also achieved TPS that were higher than the national average, 40.1 compared to 35.6 for FY2017.

Using the rank ordering methodology, the study revealed that the 41 hospitals achieved an average ranking that was approximately 24.5%higher in FY2017 than hospitals that did not use both tools in 2014-2015. This includes hospitals that may have used either product, but not both. 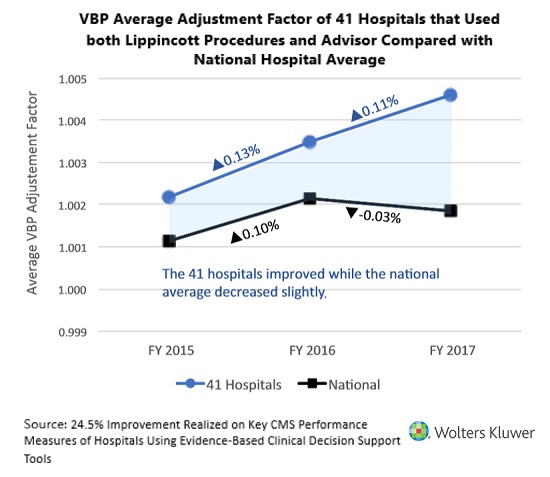 In fact, the 41 hospitals continued to increase their average VBP adjustment factor even when the national average went down between FY2016 and FY2017. These averages and the differences are not large, but they affect payment for all Medicare discharges. For example, a large hospital with 5,000 Medicare discharges, a base MS-DRG payment of $10,000 per discharge, and VBP adjustment of 1.004608 would realize an additional payment of $230,400.

The VBP Efficiency Domain is scored using Medicare Spending Per Beneficiary (MSPB) and is applied to Medicare costs during the period that spans three days prior to and 30 days after hospitalization. As MSPB is the only measure included in the Efficiency Domain, it represents 25% of a hospital’s VBP performance and TPS—and thus has more importance than any other single measure.

The 41 hospitals performed better than average on the Efficiency Domain from Fiscal Years 2015-2017, with average scores of 26.6 compared to 20.1. In addition, they showed positive improvement during the three-year period, while the national average declined. 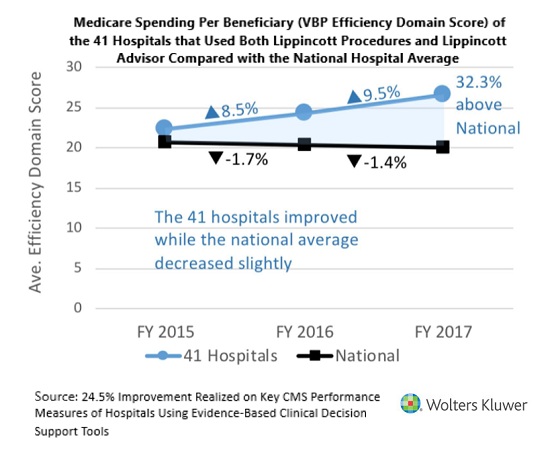 Analyzing the Findings
The results of the Rockburn-Wolters Kluwer study support the value and use of evidence-based CDS tools in a point-of-care, clinical setting to help clinicians effectively balance patient-centered, high-quality care delivery and cost minimization. This is particularly important for facilities participating in the Hospital VBP program, which rewards the delivery of high-quality patient care over assignment of a high volume of procedures.

Hospitals that armed clinical staff with point-of-care, evidence-based CDS tools over a two-year period achieved a performance edge over the national average on multiple VBP domains and on their overall TPS and adjustment factor.This demonstrates that, given the right informational tools, hospitals can improve their ability to balance cost reduction and a favorable return on investment with positive patient outcomes and a higher quality of care.

The findings also suggest a close relationship between clinicians, their ability to gain access to evidence-based information, and overall hospital performance improvement. For that reason, under VBP, it is incumbent on hospital systems to provide clinical teams with point-of-care tools that are based on the best available evidence. This will optimize both clinical practice and patient outcomes and will in turn optimize reimbursements. 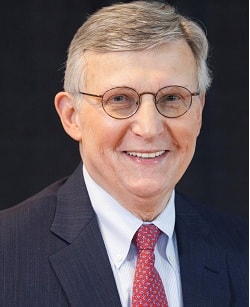 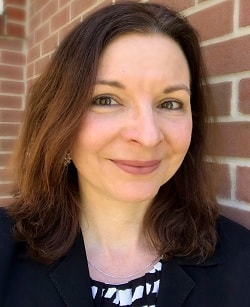 Fern Nerhood is Director of Administrative Services and Senior Analyst at Rockburn Institute.

A version of this article appeared previously on E-Healthcare Reporter. 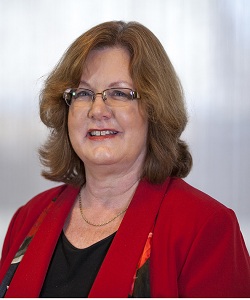