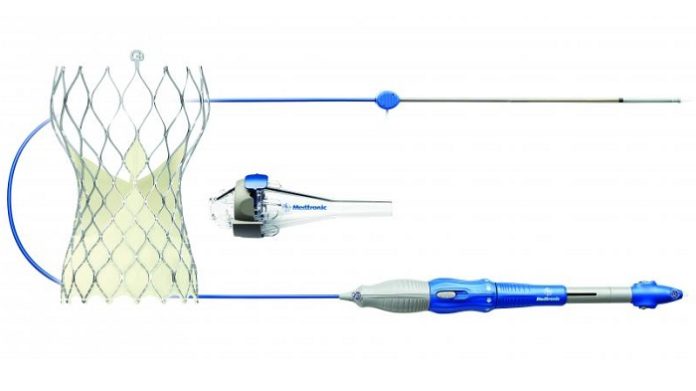 The Kalangos® ring was developed for pediatric annuloplasty to preserve  the growth potential of the child’s heart. It is also suitable for adult annuloplasty by extension. This now commercially available device made of  biodegradable polydioxanone induces the growth of autologous fibrous  tissue that reinforces the deficient annulus.

The Kalangos® ring was developed for pediatric annuloplasty to preserve  the growth potential of the child’s heart. It is also suitable for adult annuloplasty by extension. This now commercially available device made of  biodegradable polydioxanone induces the growth of autologous fibrous  tissue that     reinforces the deficient annulus.

The good functioning of the native, or repaired valve depends on coaptation capacity of its leaflets.    Annuloplasty rings have been used since 1968 to remodel the shape, correct the dilatation, and     consolidate the repair of heart valves by improving coaptation of the valve’s leaflets during systole.

The further understanding of the three-dimensional geometry of the native valve annulus during the  normal cardiac cycle lead to the evolution of the rings from the first rigid, planar stainless steel-based Carpentier ring to the fexible Duran ring and to the more recent Cosgrove-Edwards bands. All these devices, which actually fulfil the requirements of the application on adults, do not allow the further growth of the native annulus if implanted in children.

Indeed, implantation in growing hearts could result in a stenotic effect which could worsen with time. For this reason, these current traditional rings do not exist in pediatric sizes (under 26).

The above considerations were the driving elements for the development of a new concept in annuloplasty valve repair: the future device had to allow growth of the native annulus. Based on some encouraging results reported in annoloplasty practices performed in the pediatric population with different biodegradable materials and especially polydioxanone1-3, Bioring (Lonay, Switzerland) has developed the Kalangos® mitral and tricuspid rings, which are biodegradable annuloplasty devices made of polydioxanone.

These advanced devices, an example of which is shown in Figure 1, do not work like traditional rings. Indeed, the device does not provide a mechanical support, except in the first short period following implantation, but induces the creation of endogenous fibrous tissue which will take on this function subsequently. Moreover, it was designed to facilitate its implantation.

The device is introduced within the native annulus and simply secured to the anterior and posterior trigones by knotting the integrated monofilament sutures equipped with crimped stainless steel atraumatic needles.

This intra-annular implantation prevents the device from being in contact with blood. This avoids thromboembolic complications which require systemic anticoagulation therapies until the endocardium covers the traditional rings sutured on the native annulus. In addition, Bioring’s device is solely composed of materials that can be used in presence of endocarditis.

In order to preserve the native annulus growth potential in children, the non-resorbable suture that is incorporated in the polydioxanone segment, in order to prevent further degenerative dilatation of the     annulus in adults, is cut in pediatric sizes of the ring under 26.

Ultrasound imaging follow-up of the first implantations performed on animals demonstrated the preservation of the valve’s functional efficacy and of the ventricular contractility while allowing the physiological growth of the orifice. This was revealed by measures of the valve orifices on the sacrificed  pigs which had seen their body weight increased by an average of more than 500% over a year.

Six months or more following implantation, a fibrous autologous tissue was developed in all dissected hearts, in replacement of the implanted polydioxanone device, resorbed by hydrolysis. Moreover, it was discovered that the fibrous tissue continues on growing for a few months after complete resorption of the device. The newly grown fibrous tissue remodells the annulus and prevents it against redilatative stretch without interfering with its dynamical physiological motion.

The preliminary clinical study that focussed on pediatric population gave positive outcomes and confirmed     the results obtained in the animal trials. This demonstrated the biodegradable device’s main feature for pediatric applications: the preservation of the growth potential of the native annulus4.

In the frame of a clinical trial performed between April 2004 and May 2006, 111 patients affected by valve insufficiency, mostly of congenital, degenerative or rheumatic origin, received a mitral and/or a tricuspid Kalangos® ring.

The patients included in this investigation were comprised between one and 75 years of age; 51 were aged 16 or less and 60 were aged 17 or more on the implantation date. Among them, 57 (51.3%) patients  were female and 54 (48.7%) were male. This population was monitored with a mean follow-up of approximately 10 months.

The benefits of the valve repair with Bioring’s biodegradable annuloplasty device were assessed in terms   of NYHA Grade for the 105 patients in whom the follow-up was complete. They were immediately tested post-op and monitored at 6, and 12 months. This evaluation was utilized as it is one of the most commonly used scoring systems worldwide. These benefits are represented in Figure 2. It can be seen that all patients fully recovered and are presently scored Grade 0 or Grade 1. Moreover, in this study it is  also demonstrated that the degradation of the polymeric segment of the device occurs without any observable consequences for the patient.

In conclusion, the Kalangos® ring is a new biodegradable device that has proven to be safe and efficient. Moreover it is the only commercial device available in pediatric sizes for correcting, remodelling the shape, reinforcing, and restoring the function of the valves’ annuli, that preserves the native annulus growth potential in children. The tissue-growth properties associated with the intra-tissular implantation of this device introduce a completely new concept in annuloplasty.

BIORING, founded in 2000, develops and commercializes biodegradable medical devices that lower surgical risk and reduce post-surgical complications. The first device in the series, The Kalangos® ring, received the CE Mark in March 2005. BIORING is currently working on obtaining the FDA approval for this device.