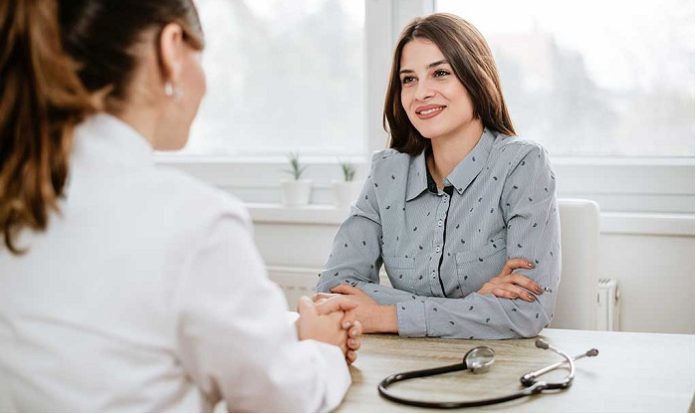 Women are undeniably the cornerstones of society. Their influence can be seen everywhere, including previously male-dominated fields. Unfortunately, many of them still get exposed to continuous discrimination and inequality. Consequently, their mental and physical health sees a decline, primarily because of the governments’ neglect of their care. Thankfully, people are starting to stand up for women’s rights and bodily autonomy. Society has finally come to realize that denying women access to healthcare can ruin society. We should work towards improving women’s health for multiple reasons.

Women are at a huge risk of getting serious illnesses because of unprotected sexual activities. Many lack the right education that can protect them from infection.HIV and Hepatitis C are two of the most common transmissible diseases through blood and other body fluids. Some forms of protection can lower the risk of infection; however, the most efficient way of being safe is for women to only have intercourse with people who have recently been tested.Moreover, domestic violence cases should be taken more seriously, while trafficking is another threat that many women face. While prevention is better than cure, it is hard to keep up with the spread of highly infectious diseases or to put an end to all trafficking crimes. This is why we should work on normalizing getting treated for STDs to ensure that the patients and people that come in contact with them are safe, while also paying attention to the ways we can educate women and girls on how to recognize potentially dangerous situations that endanger their lives, such as underage sex work and trafficking.

Women are a valuable asset to any country, and as such women’s health is directly proportional to economic growth. Now more than ever, they are dominating different work fields and are proving to be even greater than their male counterparts in some jobs. If women’s health deteriorates, this will result in a decreased number of working women, which in turn affects the economy. Countries that provide equal medical care have a better standard of living.

Aside from medical care, plastic surgery, and aesthetic procedures, in general, have been on the rise. Interestingly, this is also accompanied by a significant boost in productivity. Studies suggest that because aesthetic procedures boost a woman’s confidence, this in turn affects the average woman’s productivity levels. That’s why doctors at MyVivaa.com stress on the importance of normalizing cosmetic procedures such as body sculpting and varicose veins removal.

The lack of medical attention for women has resulted in an abnormal increase in death rates, especially among pregnant women who die of post-mortem fever. That happens due to the inhumane environment that those ladies give birth in, and the absence of postoperative care.When a mother dies, it impacts the lives of her orphaned children. Without a mother’s nurturing care, children may not have a chance of becoming the best version of themselves. As a result, many children end up in foster homes, and not all of them are lucky enough to find a loving family to care for them. Working towards bettering women’s health care can save women as well as children’s lives.

Modern science stresses on birth control. It states that by planning pregnancies, the economy will flourish. This phenomenon is called the demographic dividend. Unfortunately, in some regions, there is not enough health awareness about contraceptives. Women either consume inadequate doses or avoid taking the medication altogether. If birth gets organized in addition to providing citizens with labor opportunities, the country will witness increased productivity and fewer unemployment cases.

Let’s be honest, a mother’s influence on her children is too huge to be neglected. That’s why a woman’s mental health is of utmost necessity. Unfortunately, females are more susceptible to depression, anxiety, and other disorders. The instability of hormones due to difficult pregnancies and their compromised position in society can make them more prone to developing serious mental health issues. Thankfully, mental illnesses are now getting more acknowledged. This will pave the way for

Nowadays, the world is witnessing a women’s revolution. They are fighting to take back their rights and reach equality. The countries that are concerned with this issue are connecting more with each other. They have a common cause uniting them in the face of the patriarchy and the ancient customs and traditions. Developing countries are trying to improve women’s health to cope with the world as well.Treating women as the lesser gender will lead to nothing but failure. There are countless benefits of providing high-quality healthcare to women, not least of which is paving the way for a better future for society as a whole. Thankfully, society has been paying more medical attention to women and educating them on everything from safe sex to looking after their mental wellbeing, and this is precisely why today’s women have successfully held their own in previously male-dominated fields.