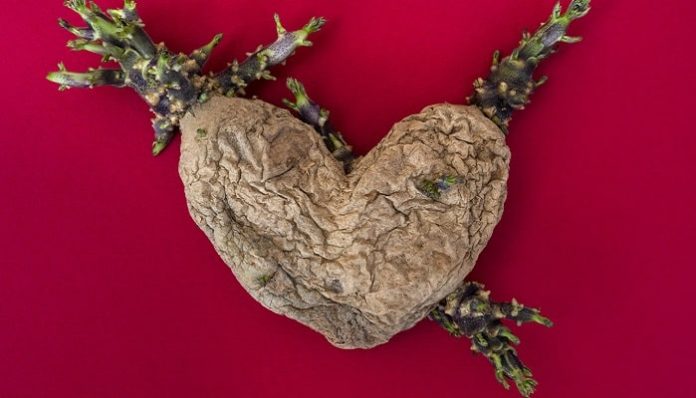 Today, it’s safe to say that the medical, health, and wellness industries are evolving to a great extent. There are so many changes now in place, which used to be unheard of. Some are purely medical, while others come in the form of alternative treatments. By this, it means straying away from the conventional forms of medication, should one’s body need it.

One of these alternative treatments that are gaining much popularity today is what’s known as chelation therapy. This refers to that treatment form that addresses heart disease and other ailments. In essence, it works like a detoxifying treatment form, as it takes away the massive build-up of metal in your body. For doctors that use this treatment and their respective patients, some of the benefits that they’ve noted to be exceptional have to do with a rejuvenation of the blood vessels and heart in general, increase in blood flow to the brain and improved function in some of the important internal organs in the body.

However, much still has to be known about chelation therapy. Perhaps that’s what even brought you here, as you’re interested to learn more about it. You’ve come to the right place. This article gives you all the basics that you need to know about chelation therapy, including its benefits and potential side effects.

A Brief Background On Chelation Therapy

If this is the first time that you’ve encountered the term “chelation therapy,” it might be worth starting first with a brief background on how this came to be.

As quickly touched in the introduction, chelation therapy is used to counter the massive build-up of metal in the human body. These heavy metals include arsenic, lead, and mercury. In large quantities, the danger is that it could potentially cause poisoning.

For those individuals identified to have significant traces of metal in their body, chelators are administered as medicines. The two common ways to administer these chelators are first, directly through the bloodstream through intravenous in a doctor’s clinic. The second option is to do it at home.

When the medicine enters the body, the chelating agent binds to these heavy metals and other toxins. In effect, the kidneys filter through these and then are eventually urinated away.

The Acceptance And Legality Of Chelation Therapy

Now you may also ask, do the appropriate health bodies and organizations approve chelation therapy? Yes, it is. But, it comes with a lot of warnings and limitations.

The Food And Drug Administration (FDA) has approved chelation therapy as a treatment for heavy metal poisoning in the body and anemia.

However, the FDA also warns that unapproved use of chelation therapy can lead to severe harm in the body, including death. Never use this therapy form without the guidance of a medical practitioner or an authorized physician. All FDA-approved chelation drugs need a prescription to be released. So, if you’re getting one even without a prescription, you’re only risking your health even more.

Along this line, the approved chelation drugs alongside an EDTA suppository, are only the following:

The Benefits Of Chelation Therapy

Proponents of chelation therapy claim that it has numerous benefits to the body. This is precisely the reason why it has gained much popularity today in the medical industry. But, do note that this list isn’t to say for sure that these benefits are absolute. Much research is also still needed to prove the viability of these claims. So after looking through this list, if you feel that chelation therapy can benefit you in some way, speak about it with your trusted doctor. It’s only through your doctor that you can have absolute insights about whether or not this therapy form can indeed be of any benefit to you.

For parents with children identified to be autistic, this may be one of the good news that they’ve long been waiting for if its effectivity for this purpose will be proven. This belief that chelation therapy can reduce the symptoms of autism stems from the premise that removing certain metals from the body, including mercury, can improve the symptoms of autism.

However, this isn’t highly recommended, especially because you’re dealing with children. A clinical trial is the only approved reason for using chelation therapy to learn more if it can surely and accurately help with autism.

The idea behind the promotion of chelation therapy for heart diseases comes from the thought that the chelation drugs or medicines stick to the calcium that’s found in the plaques of the arteries.

Many patients have used chelation therapy for this purpose. But, it’s effectivity is also still in its infancy. Much has yet to be known about whether or not this is, in fact, effective.

For instance, the only findings with chelation therapy concerning heart problems are:

Alzheimer’s disease occurs when abnormal proteins, known as tau and beta-amyloid, build up in a person’s brain. Once this starts, the brain can get severely damaged. As of late, no treatment could yet reverse this disease once it happens.

The only approved use by the FDA of chelation therapy is metal poisoning. This is due to the success found in this area, where the chelation drugs are explicitly meant only for this purpose.

However, it’s also essential to identify what kind of metal poisoning it is that you have, and to what extent. That way, it’s easier for you to stay within the proper limits and dose of the chelation drugs that you’ll be taking.

Some of the most common types of heavy metal poisoning treated by chelation therapy include:

Chelation therapy is considered a treatment that can help fight toxins in the body. This means that it can also have some success in dealing with chronic inflammatory diseases. Examples of these are lupus and arthritis.

As the chelation drugs are administered in the body, these work like antioxidants do. Henceforth, it means an innate ability to protect the body from inflammation of the blood vessels and muscles.

The Risks And Side Effects Of Chelation Therapy

Just like any other treatment form, chelation therapy isn’t without any side effects. This is precisely why home use, without the advice and supervision of a medical professional, isn’t recommended. It has to be a hundred percent certain for those using chelation therapy to be administered the right way and for the right purpose. Else, adverse effects can also be experienced by the body.

Even more importantly, to ensure safe dosage, the doctor will administer several tests within the day, before giving the chelation drug. Generally, this is completed through urine tests, to determine how much metal is in the body for the chelation drug to fight.

Some of the common, and light side effects include burning on the IV site, fever, and headache.

On severe instances, complications of chelation therapy will include:

The Cost Of Chelation Therapy

Now that you have more information about what chelation therapy is, you might also start to consider and wonder how much it’s going to cost you to have this form of treatment done. It might be classified as an alternative therapy form, but this doesn’t mean that it’s cheap.

On average, each session costs an average of 75 to 125 US dollars. For this treatment to be completed, you’re going to have to go through multiple sessions. In total, the treatment course can cost a whopping 5,000 US dollars.

In closing, remember that this article isn’t meant to substitute any sound medical advice that you should only have from your trusted medical doctor. At the very least, this article should simply serve as an informative piece for you, such that you now know a little more about this treatment form. With this new-found knowledge, you can also make a better choice, especially when this treatment form might be offered to you. Because it affects your health, never take any second chances by deciding haphazardly. A sound choice is necessary to know you and your doctor are on the same page towards achieving the best results for your health.