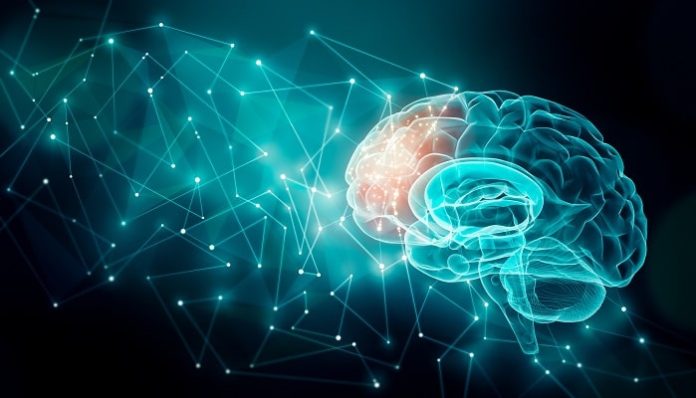 Racetams are a family of drugs that are popularly known as brain or cognitive drugs. They’re believed to help with memory, learning, productivity, and give you more energy. For many people with a variety of health conditions, racetams are extremely beneficial.Although racetams are known as ‘smart drugs’ or nootropics, they’re not stimulants. These drugs should not be grouped with the likes of Adderall, Vyvanse, and other cognitive stimulants because they don’t typically have the negative effects related to anxiety, sleeping patterns, and shakiness. They also work differently inside the body.Piracetam was the original racetam. It was invented sometime in the 1950s by a Romanian psychologist and chemist by the name of Corneliu E. Giurgea. Racetams are used in the treatment of myoclonus and other cognitive diseases like dementia and depression. Originally, it was prescribed to treat epilepsy in the 1950s.There are many ways you can consume racetams, including dissolving them in water or a drink of your choice, or by stacking Phenylpiracetam powder—a type of cognitive enhancer in the racetam family. Stacking is when you take multiple drugs or supplements at the same time so they can complement each other and work better together. It really depends on the type of racetam and its recommended usage.

Here Are Some Ways To Take Racetams Safely:

1.  Figure Out If They’re Water Or Fat Soluble

Before you take any racetam, it’s important to understand whether the ones you’re considering are water or fat-soluble. If you consume them the wrong way, they’re unlikely to have the desired effects or benefits on your body. Piracetam and Oxiracetam are water-soluble, while Aniracetam, Pramiracetam, and Phenylpiracetam are all fat-soluble. Racetams that are water-soluble should be taken with water or a drink to be correctly absorbed into the body. There are several ways you can do this. You could buy racetams in the form of pills and simply consume them with a drink, or buy your racetam in a powder form and dissolve it into your drink. Water-soluble racetams are the easiest to take. They should be consumed on an empty stomach but, since the racetams are processed by the kidneys, the effects last a shorter amount of time. This is why many people prefer taking their racetams at regular intervals throughout their day. Fat-soluble racetams should be taken with food or some kind of fat source like healthy Omega 3 fatty acid. These racetams are usually processed by your intestines and waste is disposed of through your stools. The effects of fat-soluble racetams tend to last longer in your system because of this. Although they’re longer lasting than water-soluble racetams, taking fat-soluble racetams can be harder as you can’t simply mix it into a drink.

Besides solubility, another important factor that determines how racetams affect your body is the dosage. Racetams aren’t typically harmful to the body and it’s almost impossible to consume enough racetams for them to be toxic to your body. When you first take racetams, it might take a few days to a week for your body to feel their full effect, but once your body is accustomed to them you may be able to lower your dosage and still feel the same effects.

Piracetam- The parent of the racetam family. It’s the oldest and also the weakest. Generally, people are recommended to take 2.4 Grams of this racetam to feel its full effects. Since it is water-soluble, the recommended dosage is three doses of 800mg a day.Aniracetam– This fat-soluble racetam is much more potent than its parent. Aniracetam is popular among people that suffer from anxiety and nervousness because of its anxiolytic properties. The recommended dosage is two, 750 mg servings a day.Oxiracetam– This powerful racetam is known to be one that also works as a stimulant. Oxiracetam is four times stronger than Piracetam. It’s recommended that you take Oxiracetam as a single 800mg dose.Pramiracetam– Pramiracetam is one of the strongest racetams available, believed to dramatically help increase focus. It shouldn’t be the first racetam that you try, because you never know how your body will react, so it’s best to start with something weaker. Pramiracetam should be taken as three 250mg servings.Phenylpiracetam– Phenylpiracetam is another of the strong racetams and should only be two to three times a day at increments of 100-200mg per dosage. Phenylpiracetam shouldn’t be taken every day and only before tests or other important events.Noopept– Many people claim Noopept is not a racetam, but it’s included on this list because it’s extracted from Piracetam. This is the strongest of all the racetams and only 10-30 mg should be taken two to three times a day.Prior to taking any new medication, it’s best to consult your doctor for medical advice specific to your needs.

Here Are Some Ways Racetams May Benefit You:

Racetams are believed to improve brain functionality. There are several ways they may do this, such as by increasing your brain’s blood flow, along with oxygen and glucose intakes. This pumps up your brain and puts it into overdrive, helping you become more productive and make learning easier. Racetams are also thought to make your cell membranes more fluid-like, helping speed up communication between cells.Racetams have been known to have several other cognitive benefits, including helping recovery from cognitive diseases and mitigating side effects from medical procedures that usually restrict blood flow to the brain. Unfortunately, most of the research that’s available on racetams is fairly old and new studies must be made to verify these benefits scientifically.

Racetams have been thought to help curb learning disorders like dyslexia. Dyslexia is a disorder that affects the part of the brain in charge of processing language. This learning disability makes it challenging for sufferers to read, due to having difficulty matching sounds with letters or words. Dyslexia doesn’t have a cure, but if treated early enough, it can become manageable.Kids with dyslexia often experience learning problems, due to difficulties processing language, but can do fine in school with proper treatment and tutoring. In one study, doctors took 225 kids with dyslexia and gave them either racetams or a placebo on a daily basis for 36 weeks. After just three months, children that were taking the racetams showed an enormous improvement in their ability to read and comprehend what they were reading. These positive effects continued throughout the course of the study.

Believed To Reduce Symptoms Of Epilepsy

Work Great For Pain Relief And As An Anti-Inflammatory Agent

Inflammation is a response your body has when trying to heal. However, many diseases like cancer, among others, have inflammation as a side effect and this can cause pain. Racetams are believed to have antioxidant properties. One-way Racetams neutralize inflammation is by attacking free radicals in your body—atoms with unpaired electrons that can cause internal damage.Although racetams do have a lot of health benefits, they can also have negative effects. Some negative effects that known to be associated with racetams are hyperactivity, diarrhea, and difficulty sleeping. These negative effects can be reduced and most of the time eliminated if you follow proper instructions and dosage when taking them.Like any medication, too high a dosage can be a safety and health hazard for your body. Rather than starting with a potent racetam and hoping it will solve your cognitive problems, it’s important you consult with your regular medical practitioner first. In some instances, racetams may interact with medication you’re already taking or a health condition you have.The main thing to remember is that not all racetams are the same. If you take a certain racetam incorrectly, you’re unlikely to reap any benefits, and you may experience side effects.

Racetams may be beneficial to your physical and mental health in many ways. Racetams are thought to aid a range of health problems, from cognitive diseases to mental health issues like anxiety. Regardless of the reasons why you want to use racetams, always remember to follow dosage instructions and do your research depending on what racetam you plan on using. It’s also best to consult your doctor before taking any new medication.