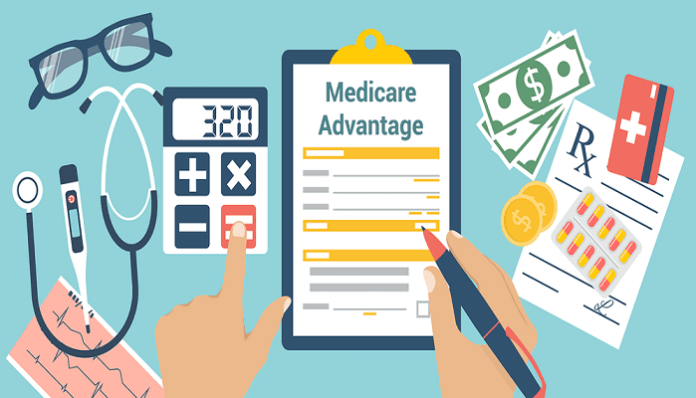 According to Kaiser Health News, federal audits published last week revealed rampant overcharging and other mistakes in payouts to Medicare Advantage health plans for the elderly, with some plans overcharging the government by an average of more than $1,000 per patient annually.

Although the actual losses to taxpayers are probably much higher, the government’s audits, which looked at billings from 2011 through 2013 and are the most current assessments to be finished, found roughly $12 million in net overpayments for the services of 18,090 patients tested. Major insurance firms are principally in charge of running Medicare Advantage, a rapidly expanding alternative to basic Medicare.

In order to recover an estimated $650 million, officials at the Centers for Medicare and Medicaid Services have stated that they intend to extrapolate the payment mistake rates from those samples across the whole membership of each plan. But it hasn’t happened even after over ten years. CMS delayed announcing a definitive extrapolation rule until February, even though it was scheduled to do so on November 1.

The only audits that CMS has finished in the past ten years, during which Medicare Advantage has experienced a rapid expansion, are the 90 audits. According to KHN, the government spent $427 billion on the plans over that time, with enrolment exceeding 28 million in 2022.

According to government statistics, 71 of the 90 audits found net overpayments, which on average exceeded $1,000 per patient in 23 audits. In 10 out of 11 audits, Humana, one of the biggest Medicare Advantage sponsors, had overpayments that were greater than the $1,000 average.

The other plans received insufficient average CMS payments, ranging from $8 to $773 for each patient.

When a patient’s records don’t show that they had the sickness that the government paid the health plan to treat or when medical reviewers determine that the ailment is not as serious as claimed, auditors raise the red flag. Throughout the course of the three years, 20% of the medical illnesses reviewed experienced this on average; the research notes that rates of unexplained disorders were higher in some plans.

The majority of the audited plans belonged to the high-coding intensity group, as described by CMS. In order to get more money for patients they claimed were sicker than normal, they were among the most aggressive. A risk score methodology that the government uses to determine how much to pay health plans is meant to result in higher charges for sicker individuals and lower prices for healthier ones. But frequently, the medical information provided by the health plans fell short of substantiating such assertions. According to KHN, unsupported conditions included everything from diabetes to congestive heart disease.

According to CMS statistics, Touchstone Health HMO, a New York health plan whose agreement was cancelled by mutual consent in 2015, was responsible for the majority of the average overpayments to health plans, which varied from a low of $10 to a high of $5,888 per patient.

When the rates are extrapolated, the majority of the inspected health plans had 10,000 subscribers or more, which significantly increases the overpayment amount. Total overpayments to the plans were $22.5 million, but these were balanced by underpayments of $10.5 million. An annual sample of 30 contracts out of all 1,000 Medicare Advantage contracts in the country is examined by auditors. 26 of the 90 contract audits conducted over the course of the three years were on UnitedHealthcare and Humana, the two largest Medicare Advantage insurers. While seven other audits of UnitedHealthcare plans discovered underpayments by the government, eight of them found overpayments.

Despite being decades old, the 90 audits’ findings are consistent with more current government studies and whistle-blower lawsuits that claim Medicare Advantage plans systematically manipulate patient risk estimates to overpay the government by billions of dollars.

According to a Brookings Institution investigation, UnitedHealthcare, Humana, Aetna, Kaiser Permanente, and Anthem (now Elevance), five of the nation’s largest insurers, are reportedly padding their bottom lines by misrepresenting earnings as expenses. According to the research, insurers can get away with this since the standards for the medical loss ratio (MLR) do not apply to profits made through affiliated enterprises. The survey showed that spending on associated businesses can occasionally exceed 70%.

The top five businesses are involved in similar industries, including post-acute services, hospitals, medical practises, and pharmaceutical benefit managers. The research stated that in each instance, the pricing paid to the MA plan can have a considerable impact on where revenues and costs appear. This opens up the possibility of shifting earnings outside the scope of the rules.

According to the paper, “the conclusion is that associated firms create a chance for pricing methods within the parent company umbrella that can shelter profits from the conditions of MLR laws for the health plans serving the majority of MA beneficiaries. It is still unclear to what extent parent corporations participate in such activities.