Many hospitals have replaced paper patient files with electronic health records (EHRs) systems. However most EHR interfaces were not designed for consumer touch-screen mobile devices, so working with EHR systems on tablets is almost always difficult and frustrating. Hospital physicians can spend hours each day sitting at desktops updating patient records.The unforeseen popularity of tablet devices presents hospital information and communication technology (ICT) departments with a painful irony. At a time when more doctors are bringing personal tablets into hospitals, they can’t use them for the one job that would transform their day: accessing and updating patient records in operating rooms or on rounds.

Landmark Hospitals decided to tackle the problem head on. Founded in 2007, Landmark has five long-term acute care hospitals (LTACHs) in Missouri, Georgia, and Utah, which admit seriously ill patients suffering from multiple injuries or conditions. Initially, the hospitals were set up to use paper-based medical records. In 2012 hospital executives decided to invest in an EHR system that was optimized for mobile working. 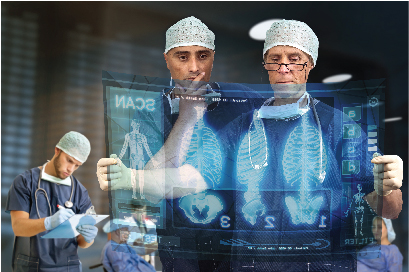 “We wanted a medical records system that was touch-screen, with a clear, clean interface that we could write into—or preferably speak into,” says Dr. Anthony Sagel, Chief Medical Information Officer at Landmark. “EHR interfaces also have to be customizable: Lots of different specialists work here, and it makes no sense for them to work off identical forms.”

Another critical need was ease of use. Landmark could not afford to create a system that took visiting physicians hours to learn, and it wanted to give all doctors the flexibility to access patient records remotely on their own devices. The EHR system also needed to integrate with third-party systems. For Dr. Sagel’s patients, the faster that laboratory or radiology results flowed onto their records, the better.

Touch-Screen, Stylus, and Voice Recognition
To deliver the capabilities doctors wanted, Landmark ICT specialists had to consider the solution from three interconnected perspectives: application design, operating system capabilities, and device functionality. The eventual solution was strongly influenced by a timely encounter with an early version of the Windows 8 operating system. 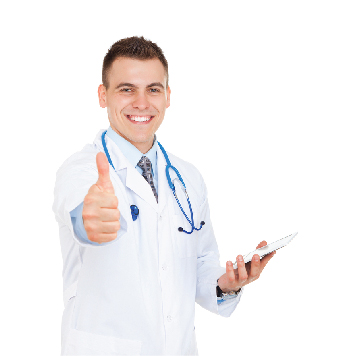 “We experimented with a beta version of Windows 8, and we liked the simplicity,” says Joe Morris, Chief Information Officer at Landmark. “The tiles and the drop-down boxes were intuitive, and handwriting recognition meant doctors could write straight into patient records using a stylus.”

To capitalize on these anticipated capabilities, a software-development company associated with the hospital, Technomad, created a browser-based EHR application based on Microsoft .NET technology. Technomad integrated a voice-recognition tool called Nuance SpeechAnywhere that allows physicians to dictate comments into form fields. It also created web-based HL7 interface engine to connect to local laboratory systems so that patients’ pathology results are automatically delivered to the ChartPad database.

From inception, Technomad designed ChartPad with a highly customizable interface. Individual doctors would be able to modify the digital forms they worked with, so form fields could be adapted to display or easily receive the data most critical to each physician.

The hospital trial began in August 2013, with doctors using ChartPad on Microsoft Surface Pro 2 tablets running Windows 8. “We chose the Surface Pro 2 because the screen size was right, and it had great battery and processing power,” says Dr. Sagel. “The fact that we could wipe it down with alcohol also made it suitable for hospital use.”

“The capabilities had a profound impact on the way we worked,” says Dr. Sagel. “I could dictate my notes straight into ChartPad the moment I left the patient’s side, while my observations were still fresh.”

In March 2014, Landmark deployed ChartPad to 40 physicians in all five hospitals, who used it on a mix of Windows 7 and Windows 8 desktops and shared tablets at each location. 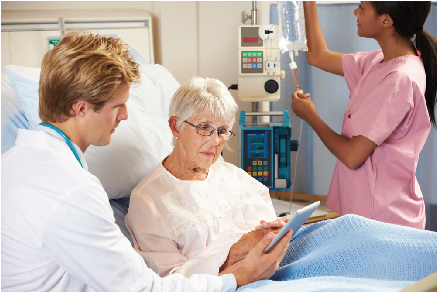 More Time for Clinical Medicine
The customizable, browser-based ChartPad, enabled with voice-recognition capability and running on Surface Pro 2 tablets, has transformed the utility of EHR in Landmark hospitals.

Working with touch-screen EHRs on tablets has dramatically increased productivity. Previously, when he had to write up health records after rounds, Dr. Sagel had sufficient time to visit his patients once a day. Now he typically sees them twice.

“I save three hours per day by dictating directly into patient records during my rounds, and as a result I get to spend far more time with patients and their families,” Sagel says. “It’s a real pleasure for me to get back to medicine as I learned it.”

Easy for Clinical Specialists to Use
The intuitive interface of the Windows-based ChartPad has made external specialists enthusiastic adopters. According to Morris, it typically took 10 hours for doctors to learn how to use a new EHR system safely in a clinical environment. Now it takes 30 minutes.
“One of our pulmonologists wanted to customize the template so he could easily enter breathing and ventilating data,” says Morris. “We helped him do it and it only took two hours.”

Rapid Adoption by Medical Staff
Sagel believes that the combination of an intuitive interface, customizable forms, and browser access will accelerate adoption rates of EHR throughout the medical community.

“We are now rolling out to nurses and administrative staff, so that everyone will have genuinely mobile access to patient medical records,” says Dr. Sagel. “The next step is to incorporate an EHR photo-capturing feature, so we can take photos with the tablet and then visually track how wounds are healing.” 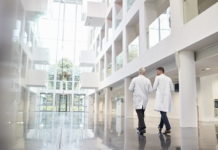 The ‘responsible business’ of healthcare

An Innovative Digital Stethoscope for COVID -19

Part-Time Work vs. Focusing on Studies: What to Choose While at College?