UK experts have questioned the benefits of private brain screening tests, which can be purchased by healthy people who want to reassure themselves that they do not have an undiagnosed brain tumour. Scientists at the University of Edinburgh have conducted a study which has put the usefulness of these screening tests in serious doubt.

In light of their findings, which are published in the British Medical Journal, the researchers suggest that brain screening tests may actually do more harm than good by causing anxiety over abnormalities that might never progress or cause symptoms.  The team analysed the results of almost 20,000 brain scans, all of which were carried out on people who had no symptoms to suggest an underlying brain condition. Almost three per cent of MRI scans revealed an abnormality such as a weakened blood vessel or benign tumour.

However, the researchers pointed out that in such cases, experts cannot tell whether treatment will do more harm than good.
They say that as a result, patients face a difficult decision over whether to leave their condition untreated or undergo risky and potentially unnecessary brain surgery.

Dr Rustam Al-Shahi Salman, an MRC clinician scientist at the University of Edinburgh, explained: The difficulty with these health check-ups is that in the small number of people who do harbour some undiagnosed brain condition, there is not a clear next step.

We do not have enough medical evidence to know whether we should treat the abnormalities or just leave them be. Until we have that knowledge, we cannot be sure that commercial screening benefits people with incidental findings on their brain scan. Ed Yong, Cancer Research UK's head of health evidence and information, commented: On rare occasions, brain scans can  sometimes detect brain tumours in people who seem otherwise well, but the odds of this happening are too small to justify screening healthy people who aren't showing any symptoms. 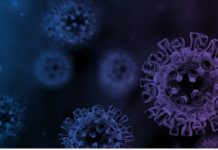 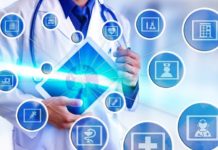