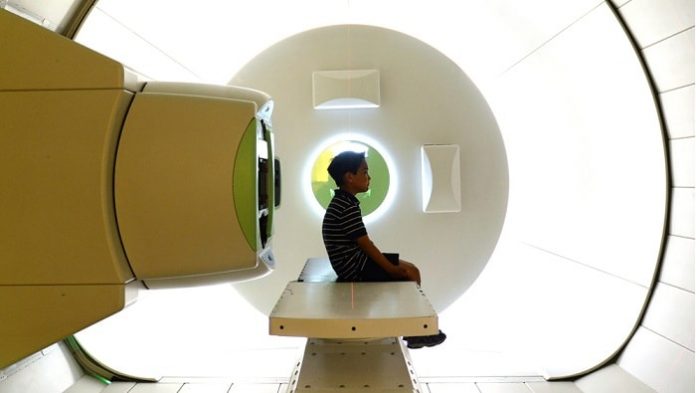 Twenty-nine pediatric patients with LGG were treated with photon-based RT from 1970 to 2004 (mean age at time of RT, 9.8 y; range, 0.6 to 19 y). One patient underwent gross total resection, 25 underwent subtotal resection or biopsy, and 3 were treated based on radiographic characteristics alone. Three patients underwent chemotherapy before RT. The median RT dose was 54 Gy (range, 40 to 55 Gy).

Over half of children diagnosed with LGG survive >20 years after RT; this report reveals the chronicity of toxicity beyond the typically reported follow-up. Our findings inform the therapeutic ratio of RT in this disease and may help guide late-effect screening recommendations.

COVID-19 lockdowns: The cure is not worse than the disease