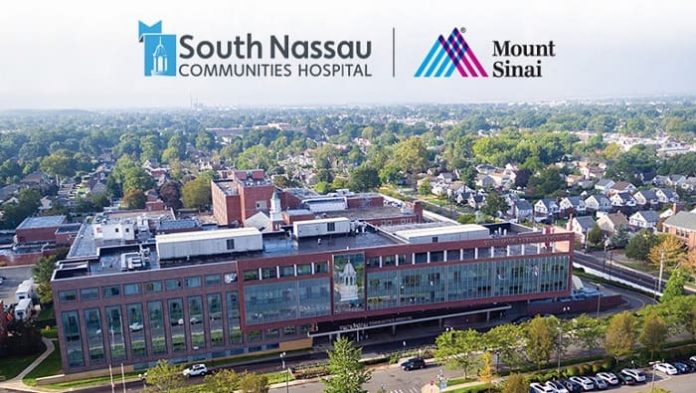 South Nassau Communities Hospital officially became the Long Island flagship health care institution in the Mount Sinai Health System after a unanimous vote by the Oceanside hospital’s board of trustees.

Mount Sinai Health System trustees approved the agreement last month. No decision has yet been made on how Mount Sinai’s name will be incorporated into that of South Nassau. “We are thrilled about what this means for patients and families on Long Island and look forward to working closely with our Long Island partners to continue advancing care in the region,” said Kenneth L. Davis, MD, president and CEO for the Mount Sinai Health System.

South Nassau, a 455-bed hospital that has served Long Island’s South Shore since 1928, is expected to expand its facilities under the agreement, with a $120 million capital contribution from Mount Sinai. The cash will aid South Nassau’s five-year master facility plan, which expands the hospital’s surgical facilities, intensive care units, and emergency department. “Long Island has been a target for us for several reasons,” said Arthur Klein, MD, president of the Mount Sinai Health Network.

“We have a growing physician presence in Hewlett, Nesconset, Huntington, Bay Shore, and Manhasset. What we had been lacking was a true institutional partner. Being landlocked here in Manhattan, we thought it was important to grow and expand our reach. So when South Nassau put out a request for partnership proposal, we responded very enthusiastically.”