A major new study announced is set to shed light into the use of short duration dual anti-platelet therapy (DAPT) in patients following stenting procedures, with a particular focus on those with a high bleeding risk.The investigator initiated MASTER DAPT (MAnagement of patients post bioresorbable polymer STEnt implantation with an abbreviated DAPT regimen) study, with an unrestricted grant by Terumo Corporation, was announced at the EuroPCR meeting held at the Palais des Congrès, Paris, France.

Co-Principal Investigator Dr Marco Valgimigli, Prof of Cardiology and Director of Clinical Research, Inselspital Universitätsspital Bern, Switzerland, said that there was growing interest in abbreviated DAPT regimens but that sufficiently powered randomized trials were necessary to show how such regimens compared with current guideline-recommended DAPT durations.

“This new trial is an important step towards gathering robust evidence to support a short DAPT regimen in higher risk patients,” Prof Valgimigli said. “We currently have very little data to inform the optimal duration of DAPT in patients with a high bleeding risk,” he said.

MASTER DAPT is the first global DAPT study and involves 130 hospitals across 34 countries in Europe, Asia, Australia, Africa and South America. Patients on oral anticoagulant therapy, one of the least studied but growing populations in contemporary PCI practice, are also included in the study. It is anticipated that 4,300 patients will participate in the study.

Fellow Co-Principal Investigator Dr Peter Smits, Head of Intervention Cardiology, Maasstad Hospital, Rotterdam, The Netherlands, said that previous studies had tended to exclude patients who had experienced previous bleeding or who were older than 75.

“The high bleeding risk population represents a sizable proportion of patients with coronary artery disease undergoing stent procedures,” Dr Smits said. “We need the data to help us determine the most appropriate course of DAPT. At the moment it’s a clinical challenge to know the best time to transition our patients to APT monotherapy,” he said.

All patients in the study will have received the Ultimaster® stent in the context of routine clinical care. The Ultimaster ® DES is designed to promote optimal vessel recovery and therefore hypothesised to facilitate a shortened DAPT regimen. This hypothesis has been confirmed in the recently completed DISCOVERY 1TO3 clinical trial that proved an excellent strut coverage of nearly 90% as early as 1 month, 1 paving the way to the safe initiation of the abbreviated DAPT study.

Post stent implantation, patients will be randomised to receive either guideline-recommended standard DAPT treatment or transitioned to APT monotherapy, following one month of post-procedure DAPT treatment for all patients.

The study end-points for the abbreviated DAPT regimen compared with standard therapy are non-inferiority for net adverse clinical events; superiority for bleeding at 1 year; and non-inferiority for ischaemic endpoints.Patient enrolment for MASTER DAPT is scheduled to begin in November 2016.

About Ultimaster
Pushing the boundaries of science and medical engineering for the improvement of health: Ultimaster® combines an optimal balance between stent design for ultimate conformability with simultaneous polymer resorption and drug release within 3-4 months, to match the procedure-triggered biological response in the vessel.2 This results in optimal vessel recovery and potentially safe shortening of DAPT regimen.

About Terumo
Tokyo-based Terumo Corporation is one of the world’s leading medical device manufacturers with over $4 billion in sales and operations in more than 160 nations. Founded in 1921, the company develops, manufactures, and distributes world-class medical devices including products for use in interventional procedures, cardiovascular surgery, and transfusion medicine; the company also manufactures a broad array of syringe and hypodermic needle products for hospital and physician office use and also supplies drug delivery/injection devices to pharmaceutical firms. Terumo Corporation’s shares are listed on the first section of the Tokyo Stock Exchange and are a component of the Nikkei, Japan’s leading stock index.

About Terumo Europe N.V.
Terumo Europe, founded in 1971, is a core player in the EMEA healthcare market by providing best in class quality medical products and services. We are a strong actor of the Terumo Group by contributing to innovation and sustainable growth. Terumo Europe produces, distributes, markets and sells a vast range of medical devices in four main business units: Hospital and Laboratory Systems, Global Pharmaceutical Solutions, Interventional Systems and Cardio Vascular Products. Terumo Europe EMEA headquarters and production facilities are located in Haasrode (Belgium), production facility in Knowsley (UK) and sales units across EMEA. 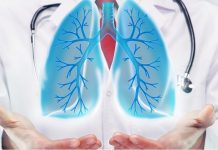